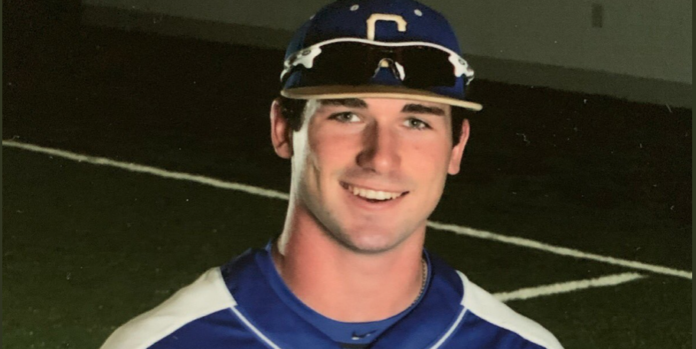 The incoming class of baseball players to the Hill is quite impressive, but how does it compare with its predecessors in program history?

The 2020 class is ranked No. 3 in the country by Perfect Game. The Hogs’ class includes the top player from three states/nations and six top 100 recruits (not including Robert Moore), which is tied for the most in college baseball with Vanderbilt and Miami.

This is the first season in Perfect Game’s class rankings which goes back to 2011 that Arkansas would be tied for the most top-100 recruits. This is the highest Arkansas was ranked since 2017 when they were also third. Arkansas was No. 2 in 2014, but has not had the top ranked recruiting class since Perfect Game started ranking recruiting in 2011.

Arkansas’ incoming group of freshman includes the top high school recruit from Arkansas (Cayden Wallace), the top recruit from Kansas (Robert Moore, who graduated early and saw time in 2020), and the No. 1 recruit from Canada, David Calabrese, who was taken by the Angels in the third round of the 2020 MLB Draft.

That draft did claim three of Arkansas’ top recruits in the class. The Angels took Calabrese. Another Hogs signee, Masyn Winn, got selected by the Cardinals in the second round. Winn is the No. 2-ranked recruit from Texas and the top shortstop in his state. He is also nationally ranked second at his position and 11th overall. Winn was Arkansas’ top ranked prospect in this class.

Markevian Hence was also taken by the Cardinals in the second compensatory round. Hence is the second ranked prospect from Arkansas and top ranked right-handed pitcher. He was also a top-100 national prospect at 64th. All three prospects have signed with the organization that drafted them, so they will not suit up for the Razorbacks.

After those three recruits were drafted, Arkansas still has three top 100 recruits coming in, not including Moore. In 2021, Arkansas will see Cayden Wallace who is the top ranked prospect out of Arkansas. He is a third baseman out of Greenbriar and is ranked 25th overall nationally and fourth at his position.

The last time the Razorbacks signed a top-100 in-state prospect was 2011 with 14th ranked Dillon Howard from Searcy, AR. Howard was a second round draft pick of the Cleveland Indians in 2011 and did not play for the Hogs. Arkansas will also welcome the awesomely named Nate Wohlgemuth, the top right-handed pitcher from Oklahoma. He is the fourth ranked prospect from his state and 44th nationally.

Finally, Arkansas will also bring in 86th ranked Nicholas Griffin. He is the third ranked prospect from Arkansas and the top left-handed pitcher from the Natural State.

Arkansas did a good job of bringing in the in-state talent. They were able to sign four of the top five and five of the top seven prospects from Arkansas. Fifth and seventh in-state recruits include Clayton Gray of Cabot and Gaberial Starks of Watson Chapel High School in Pine Bluff. Starks was a teammate of Markevian Hence,  who Arkansas lost to the draft.

The left side of the infield this season could feature Cayden Wallace at third and Robert Moore at shortstop. The top player from Arkansas and the top player from Kansas in the same recruiting class. That thought should give Hog fans a sense of excitement about the future of Arkansas baseball.

This team will be competing for a long time with this recruiting. Pre-draft they had signed the top player from Arkansas, Kansas, and the second ranked player from Texas. Being able to keep top in-state talent while also pulling top players from neighboring states will be their key to success, especially when Arkansas is neighbors with Texas which has a large pool of talent to choose from and the recruiting pipeline Dave Van Horn has created in the Kansas City area (Robert Moore, Christian Franklin, Isaiah Campbell, Ryne Stanek, Zebulon Vermillion).

But to see how great this class is I will compare it to the best freshman class Arkansas has seen in recent memory in 2018. 2018 saw the  freshman season of Casey Martin, Heston Kjerstad, and Casey Opitz.

Heston Kjerstad was ranked 426th when he graduated in 2017. Casey Martin was ranked 310th nationally and fourth in Arkansas. Casey Opitz was 399th nationally in 2017 and number three in Colorado.

Another notable class was the graduating class of 2015 which produced a 2016 freshman class of Isaiah Campbell, Blaine Knight, Eric Cole, Grant Koch, Kevin Kopps, Jake Reindl, and Cody Scroggins. None of those players according to Perfect Game were ranked in the top 500. Arkansas only had one top 500 recruit that year: Daniel Tillo who was ranked 254th.

Another note is that Arkansas High School Baseball is getting more recognition for their talent because for the graduating class of 2017 the top ranked prospect in Arkansas was ranked 180th. In 2020 he is 25th and there are three top 100 prospects from Arkansas.  In 2017 there were  only five top 500 recruits in Arkansas but in 2020 there are 11.

According to Perfect game, the last time Arkansas had four or more top-100 players from the same class was the 2016 and then the 2010 graduating class when they had five top-100 recruits each of those years.

Looking back at the last decade of recruiting classes for Arkansas Baseball, the 2020 class is by far the best according to rankings on Perfect Game. But only time will tell if they are really the best class in Hog History. Another note is that the level of college success some Razorbacks have felt compared to their  national ranking out of high school is a testament to how amazing Dave Van Horn and the Arkansas coaching staff have been in the past 10 years.

This appears to be another side-effect of the Covid-19 shortened five-round draft in 2020. Less prospects were drafted by big league clubs leaving them no choice but to stay with the college they committed to. It appears the short 2020 season will create a 2021 season that will have the most talent in college baseball history.