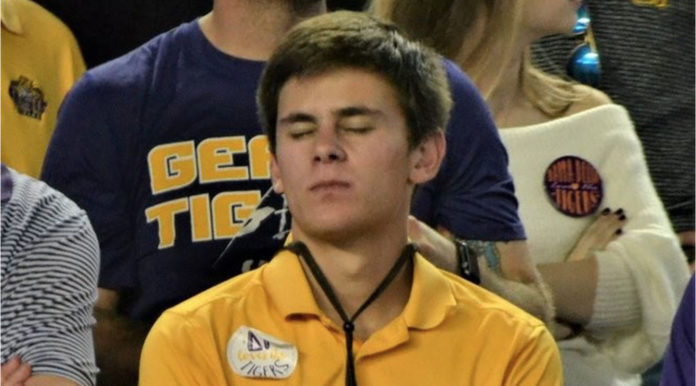 The general consensus heading into Saturday night’s Arkansas vs LSU showdown in Baton Rouge is that it’s going to be a close game no matter who wins.

There’s the official line, which has the Razorbacks football squad favored by 2.5 points according to Fanduel’s NCAAF betting among other sources. Among national analysts, there appears be an even split. While CBS’ Dennis Dodd and Tom Fornelli are going with LSU, for instance, their colleagues Barrett Sallee, David Cobb, Chip Patterson and Jerry Palm expect a Razorbacks win.

ESPN’s Scott Van Pelt, meanwhile, predicted that LSU would cover the spread: “I can’t pass on the Bayou Bengals getting some candy at home at night in Baton Rouge.” Then there’s Athlon Sports’ Eric Sorenson, who wonders if “we can expect the same kind of hair-on-fire effort” that LSU gave in its 20-14 loss to No. 2 Alabama last week.

“Hard to do, right? But check this out; in the final five possessions for Alabama, the Crimson Tide went three-and-out in four of them. So depth and injuries be damned, the Tigers played their best in the fourth quarter against one of the best offenses in the country.”

Sorenson rightful adds that the Tigers “are going to be hard-pressed to match that intensity. And with the way Arkansas can run the ball and control the game, my knee-jerk reaction is to call for a Hogs win.”

But Sorenson can’t quite shed himself of the notion that the Hogs are gonna Hog, even under the steady hand of Sam Pittman.

“This Tiger squad has momentum,” he writes, which may be the first time in history that has been written about a team that has lost four of its last five games. “And did I mention that it’s a night game in Death Valley?” He then predicted LSU will take it 23 to 17.

Arkansas, which leads the SEC in rushing, does present a formidable challenge to LSU’s run defense. This will no doubt play a big role in any Razorbacks’ victory. So will the extra motivation that the Arkansas football team gets from having lost the last five games in this seres.

That’s a long time for the Razorbacks to go without getting to hold the nearly 200-pound Golden Boot trophy.

David Bazzel, former Razorback, sports radio co-host and creator of the Golden Boot, is pretty sure the Hogs will lay claim to it by night’s end. As Bazzel sees it, the depleted and injury-ravaged LSU squad emptied its clip against arch-rival Alabama and doesn’t have much left for the Razorbacks.

“I think LSU gave its best effort against Alabama. I think they’ll check out against us for the most part,” he said on “The Show with No Name” on the Buzz 103.7 FM.

“I just don’t think they have anything to play for now. They lost to Alabama, they don’t care about beating us.” He added that he thinks most of the LSU football players are now more concerned with preparing for the NFL draft and an imminent coaching change.

Wally Hall, the long-time sports columnist for the Arkansas Democrat-Gazette, buys that line of thinking.

On the same show, Hall also agreed with co-host Roger Scott that the LSU coaches have checked out now that Ed Orgeron is a dead man walking. “They’re all throwing out their resumes, making calls” related to trying to land a job elsewhere for next season.

So far this year, it seems like the LSU football players have really only gotten up for two opponents — Florida and Alabama.

After beating Florida, though, they laid an egg in a 14-point loss to Ole Miss. That was one of two games, including a loss against Kentucky, in which the Tigers got destroyed on the ground. If that same LSU defense shows up against the Razorback on Saturday night, LSU will be lucky to stay within two touchdowns.

Interestingly, the same issues that now afflict LSU and Florida were running rampant in the Razorbacks football program two years ago when Chad Morris was fired. Namely, a lack of pride and competitive spirit.

Whether we’re talking about Razorback fans, Gator fans or LSU Tiger fans, they are all used to seeing the same traits from their players: “really competitive kids with a great sense of pride,” as ESPN’s Kirk Herbstreit puts it.

Those LSU players have only rarely summoned that pride recently.

“When I think about LSU going back to when I started watching football I think of LSU players who are proud of the purple and gold, that are proud of Tiger Stadium,” Herbstreit said. “I just haven’t sensed that the past two years.”

Historically, largely because of the Golden Boot and the fact that many LSU fans are loud-mouthed and boorish, Arkansas fans do consider LSU to be a chief SEC rival. Sadly, just like it has been with Texas, that hasn’t been the case in reverse.

Many LSU fans and players consider programs like Alabama, Auburn and Texas A&M to be bigger rivals.

In this round of Arkansas vs LSU, expect that lack of respect to actually play to the Razorbacks’ advantage. Let them check out against the Hogs all they want.

A loss suffered with plenty of excuses still counts as a loss.

To hear Wally Hall and David Bazzel discuss the game, go to the 17:30 mark:

For our latest piece on Arkansas vs LSU, see this: