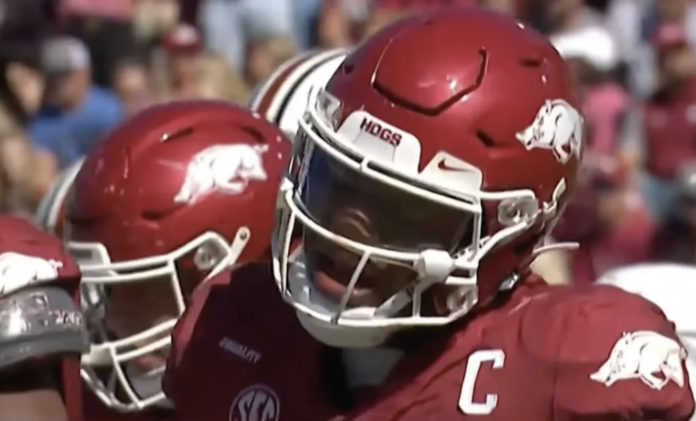 “Yeah. That and a pair of testicles.”

Some of the dumbest conversations dominate our collective brains. We love them, those nonsensical debates. It’s what social media is all about. It’s a big part of what’s led to the decline of journalism (for the record, legitimate journalism not only still exists but is prevalent; it’s just that fewer consumers than ever before prefer it).

In circles that matter very little – sports, for example – such debates can be especially nonsensical. And in the Age of the Internet, not only are we all allowed opinions, but the nature of the medium is conducive to putting all our opinions on an equal plane. The quality of the information is degraded on a whole because so many voices pollute the space, drowning out legitimacy.

Think of all the Facebook pages you see, or Recommended Tweets, or whatever TikTok has. How many times have you seen something about “So-and-so is the most disrespected player of the 1990s!” or “Ranking AFC Central Quarterbacks since 2010?” It’s content built to engage the audience. Rarely are the reasons for the order ever explained. Or, often, if they are, it’s a simple by-the-numbers ordering. As we saw in “The Big Lebowski,” The Dude and Jeffrey Lebowski didn’t even agree on what makes a man, for crying out loud.

Neither of them were right or wrong. The rankings are the same. It’s just a voice, an opinion. Most of it doesn’t matter. Not if it isn’t based off anything relevant, anyway.

But in the world of Arkansas sports – and Tennessee sports – this week, such rankings were the buzz of the Razorbacks and Volunteers’ world. Most legitimate journalistic outlets ranked both Hogs quarterback KJ Jefferson and Tennessee quarterback Hendon Hooker (passed for 31 TDs vs only 3 interceptions in 2021) inside the top three or four in the conference. It’s still the consensus opinion. But then this happened:

Oh, surprise! No KJ Jefferson. Only one of them lists Hendon Hooker. Neither of them have Kentucky’s Will Levis, a projected first-round NFL pick. Neither of them have Florida’s Anthony Richardson, a projected first-round pick. Never mind some of the players included have questionable histories as college players, not just limited histories as college starters. Richardson has a grand total of 52 pass attempts in two seasons. Levis’ 24 touchdowns were countered by 13 interceptions. But they’re around for the upside.

You would hope that no one takes such lists seriously. They don’t mean anything. No objective list can be made, anyway. It’s like asking, “What is better: Die Hard or Lethal Weapon?” A small majority will provide one answer over the other. It doesn’t mean the majority is right. It’s simply preference: nothing more or less. That’s all sports rankings boils down to when putting individuals on a numbered list.

Tommie Frazier and Charlie Ward were two of the best quarterbacks in the whole sport in the 1990s. Most would throw them into the top five at the position for the whole decade. Neither had any NFL career to speak of. On the other hand, Mark Brunell, who went to three Pro Bowls and won a Super Bowl, was drafted in the fifth round of the 1993 NFL Draft after a senior season in which he threw for 1,301 yards with five touchdowns and four interceptions as he played behind Billy Joe Hobart for most of the season.

Levis will almost certainly be taken higher than Jefferson in the draft. But those looking at their college numbers last year would lean most toward saying the Razorbacks had the superior quarterback. Richardson, on the other hand, barely played at all last year as he couldn’t take the job from Emory Jones. But of the three, he’s likely to be taken the highest. None of it makes any sense and anyone who tells you that it does, that there’s some formula that can be applied and serve as the end-all, be-all of the entire conversation, is lying.

What it Means for Arkansas Football

But don’t kid yourself, either. The lists do matter. One of them was a Pro Football Focus list. PFF is, mostly, a legitimate source. However, assigning legitimacy to a source instead of a person within that source is short-sided. The writer of the list, Anthony Treash, didn’t provide any accompanying analytics for the back-up logic. Had he, the list gains credibility. Simple ‘Research Paper 101’ stuff.

Regardless, no one, no matter how much they attempt to isolate themselves from the external, can ignore all of it. Players, all the time, talk about how some slight – or perceived slight – motivated them (then of course when they get to a certain level they will often say something like “We don’t pay attention to what other people are saying. We’re doing what we do.” A strange contradiction, but that’s neither here nor there). They’re certainly more important to people like us who debate them, usually with some fervor. Michael Jordan’s remark in “The Last Dance” applies.

Maybe, though, the neglect for Jefferson on these lists is a good thing. The last time Arkansas had a quarterback who drew offseason and preseason pub at or exceeding this level was Tyler Wilson in 2012. Things ended badly with Wilson falling out of favor and the lone John L. Smith season going up in flames with a 4-8 record.

Sam Pittman, we should be eternally grateful, isn’t Smith and no off-field drama surrounded Arkansas this summer, although it’s a modestly foreboding coincidence that Bobby Petrino comes to visit Fayetteville in the fall. Arkansas can instead focus on what they’re doing as a team, ignoring any of the hype that comes with being on those lists, or the teeth gnashing when left off of them.

Maybe, just maybe, that’s the kind of focus it takes to be a man.

Can KJ Jefferson go from “dark horse” to legitimate Heisman contender this year? We lay out how it can be done: