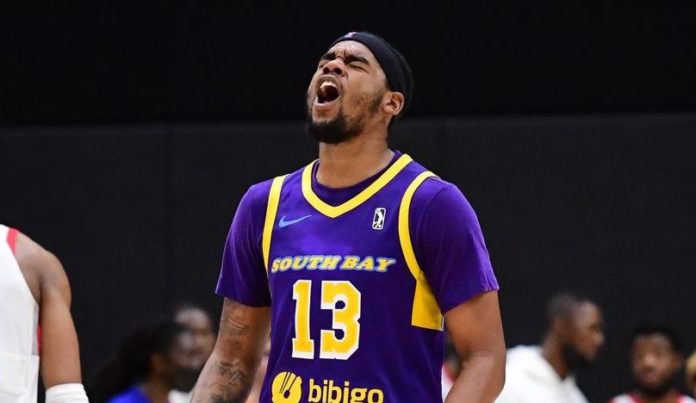 In the three years since Eric Musselman took over as the Razorbacks’ head coach, Arkansas has been to back-to-back Elite Eights, secured the No. 2 nationally ranked recruiting class for 2022 and produced a handful of NBA players – which is seemingly on the brink of becoming a flood once the anticipated trio of one-and-dones enter the NBA Draft next season.

There was nothing remotely “one-and-done,” however, about Mason Jones’ journey to the pros. The cornerstone of Musselman’s first season at Arkansas, the formerly chubby underachiever derisively dubbed “Porkchop” transformed into one of the most offensively prolific Razorbacks a few years after graduating high school.

Growing up as the younger sibling of more accomplished athletes, Jones spent most of his time flying way under the radar. Major college coaches were skeptical he would develop the discipline and work ethic to become the tenacious bucket-getter he has become at the major college and G-League level of pro basketball.

Jones’ next step is finding solid footing in the NBA itself, and in this undertaking, he has had to battle the staunch skepticism and doubt that was present early in his basketball journey.

As he begins his third season in the pros, Mason Jones looks closer than ever to becoming a rotation player in the NBA. After a sizzling season in the G-League,  Jones has developed into one of the Lakers’ best summer league players. In a one game, he led the team with 15 points and 10 rebounds, as well as a few deft assists.

This isn’t new by any means.

At Arkansas, Jones was a scoring machine whose potential was fully realized in Eric Musselman’s first season in Fayetteville.

In the 2019-20 season, Jones was the motor that kept that team going and he put on one of the best single-season scoring performances in school history, averaging 22 points per game.

The last Arkansas player to average 22 points per game in one season before Jones? Joe Kleine in 1985.

His performance earned him SEC co-Player of the Year honors on top of first-team All-SEC honors and an AP All-American honorable mention nod. Jones joined Corliss Williamson and Bobby Portis as the only Arkansas players to earn SEC Player of the Year.

However, the lack of team success and the season’s premature ending have caused his historic season to be largely disregarded.

That’s nothing new for Mason Jones, as his story is full of instances where his talent has been overlooked and under-appreciated.

Jones, now a member of the Los Angeles Lakers’ G-League affiliate, recently jumped on to The Triple Double Podcast, and talked with host Kellen Buffington about his career up to now.

Mason, as many Arkansas basketball fans learned during his time in Fayetteville, is the youngest of four siblings. His older brother, Matt Jones, won a National Championship at Duke in 2015 and his older sister, Jordan Jones, was a standout for the Texas A&M Aggies women’s team.

Matt (2013) and Jordan (2012) were just the third brother-sister duo in history to both play in the McDonald’s All-American Game.

“There were a lot of battles outside playing one-on-one with my sister (Jordan) and big brother (Matt), and I’m crying because I’m not winning and they’re getting all the calls,” Jones said with a laugh. “Being able to learn from them…at the end of the day it all leads to where I’m at now.”

The basketball bloodline in the Jones household is rare, and the fact that his All-American siblings helped mold his game early on is no surprise. What comes as a surprise is that he gave up basketball during his ninth grade year.

“At the time, people really just saw me as a fat kid shooting threes,” Jones said. “My reality got crushed early on. My coach put me on the line for the mile, and I couldn’t make my mile time. I remember telling my dad I’m not going to get to play, so I just became a fan. I was my brother’s biggest fan that year.”

A major theme in Mason’s basketball journey is overcoming obstacles and naysayers to defy their expectations.

While his family focused on older brother Matt’s highly-publicized national recruitment, Mason eased back into the game of basketball.

Jones quietly started playing basketball again, with a renewed drive and motivation. He played high school ball at Triple A Academy in Dallas and averaged 15.9 points, 5.7 rebounds and 4.1 assists as a senior.

That stat line should have generated buzz, but he was still without a single offer to play college basketball. Jones recalls having an opportunity to walk-on at Stephen F. Austin, a la Scottie Pippen at UCA, but opted for a season at Link Year Prep instead.

“I went away, and people had to actually reach out to find me (at Link Year),” Jones said. “But it was growth. I really found myself there.”

If Link Year Prep sounds familiar, it should.

Jordan Walsh, one of three five-star recruits suiting up for Arkansas basketball this year, spent a season at the prep school before committing to the Hogs.

Unlike Walsh, Jones had to go the unconventional route of attending junior college after prep school. Most prospects have multiple college offers after a prep year, but Jones had none. He was being overlooked yet again.

He enrolled at Connors State College and spent one season at the school, averaging 15.5 points, 6.9 rebounds and 2.5 assists. Jones knocked down a remarkable 72 three-pointers on 42.9 percent shooting, finished in double figures 28 times and scored 30 points or more twice. All of that helped Connors State to the NJCAA Elite Eight, while also helping Jones finally get a Division I offer to Central Arkansas (UCA).

“In my mind, I had won,” Jones said. “I’m like, Dad, your last son made it DI! I understand (UCA) isn’t like Duke or Texas A&M, but where I came from, being overlooked, I was just happy to have one DI offer.”

He was committed to play in Conway until then-Arkansas assistant coach T.J. Cleveland showed up to an open gym.

“Coach Cleveland came to one open gym (at Connors State), and I went crazy,” Jones said. “After that, he just told me everything I love to hear. Like, Mase we really believe in you, and at that time I just needed someone to believe in me.

“I committed (to Arkansas) and that was probably one of my best days. Seeing my parents, just knowing after everything, as a family we had three high-major players go to Duke, Texas A&M and Arkansas.”

In his first season at Arkansas, Jones played in all 34 games and averaged 13.6 points, 3.9 rebounds and 2.8 assists. Following the 2018-19 season, Arkansas and head coach Mike Anderson parted ways.

Eric Musselman was hired that spring, and Jones shed a little insight on that offseason from his perspective.

“At first, we’re thinking we’re getting Kelvin Sampson from Houston,” Jones said. “But we look up and we got Coach Muss, so we all didn’t really know who he was. He came in and the energy changed. Everything about Arkansas basketball changed. Practices, meetings, weights – everything changed the day Muss got here.”

It should be no surprise that Musselman was able to change the energy around Arkansas basketball from Day 1. You’d be hard pressed to find another coach in America who exudes as much energy or passion daily than Eric Musselman.

The only thing that could be higher than his energy level are his expectations and demands for his players. According to Jones, it was evident in the team’s first scrimmage that offseason.

“I had just gotten some teeth pulled and wasn’t supposed to practice, but I wanted to make that first impression. My first impression with Muss was not good at all,” Jones said with a laugh. “I’ve never had a coach who was very, very outgoing and wanted to win as much as Coach Muss.”

“That’s why I love him. I took on the hardest year with Muss, but I loved every second of it. I’ve never had a coach push me as hard as Muss.”

The combination of Jones’ drive and Musselman’s demanding coaching style was a perfect match. Jones took home the third SEC Player of the Year award in program history that season.

We’ll never know what more could’ve been accomplished that season, thanks to the Covid-19 pandemic forcing the cancellation of the NCAA Tournament. What can be said, though, is that season helped set the stage for the Musselman-era at Arkansas and the success the program is having now.

Mason Jones at the Next Level

Even though he was the best player in arguably the toughest conference in the country, he went undrafted in the NBA Draft – yet another chapter in the book of “Mason Jones Being Overlooked.”

This past season playing for the South Bay Lakers, the G-League affiliate for the Los Angeles Lakers, Jones averaged 25.5 points, 6.8 rebounds and 6.1 assists per game enroute to a first-team All-NBA G-League selection.

He was also called up to play in four games for the Los Angeles Lakers this past season, two of which were alongside superstar LeBron James. He played 12.6 minutes per game and averaged 6.8 points and 2.5 rebounds.

Jones is still with the Lakers organization and was in Las Vegas for the NBA Summer League earlier this month. In five games, he averaging 11.4 points, 4.2 rebounds and 3.4 assists in 23.5 minutes. In one of those games, he and fellow Arkansas alum Moses Moody of the Golden State Warriors squared off in a primetime matchup.

His future in the NBA isn’t guaranteed like it is for Moody, Isaiah Joe or Jaylin Williams, who all have guaranteed contracts. However, if his story so far is any indication, he won’t quit working to prove doubters wrong and stick in the NBA.

“The hard work pays off,” Jones said in his parting advice on the podcast. “You have to go out of your comfort zone and might not be able to sleep. At the end of the day if you want it that bad, it’ll come eventually.”