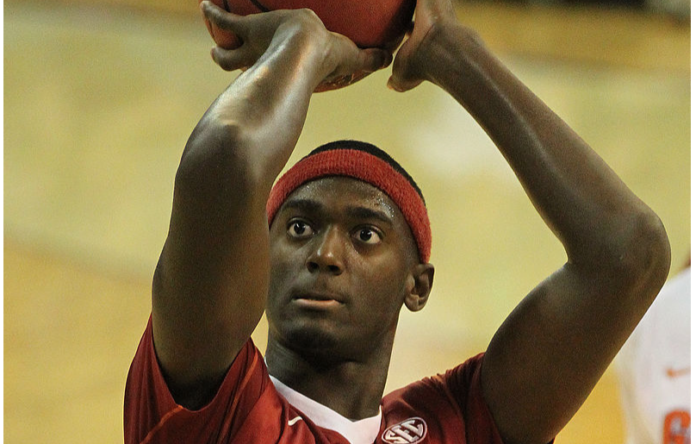 The ongoing 2018-19 NBA season has been a long, twisting road for Washington Wizards power forward and Arkansas native Bobby Portis. The 24-year-old entered his fourth season in the league with the Chicago Bulls, the team that plucked him from the University of Arkansas with the 22nd overall pick in the first round of the 2015 NBA Draft. Now, though, Portis is plying his trade 700 miles away in the nation’s capital.

On February 5th, the Bulls dealt Portis, Jabari Parker and a 2023 second-round draft pick to the Washington Wizards in exchange for Otto Porter Jr.

Despite the scene change and missing seven weeks earlier in the season due to a right knee sprain of his MCL, Portis has put up a respectable campaign.

Through early April, he has averaged 14.3 points and 8 total rebounds per game, both career-high marks. More importantly, Portis has found a consistent role in the Wizards’ starting five, giving him the opportunity to contribute early and often.

The Wizards have sent a welcome trust signal to Portis, who mostly came off the bench during his time with the Bulls. He was effective in that role. Indeed, some analysts tabbed Portis as a potential NBA Sixth Man of the Year Award winner entering this season.

The Wizards have made Portis a starter over Thomas Bryant to see what his ceiling is. “We want to see what we have [in Portis], Washington head coach Scott Brooks said via Twitter. So far, Portis has done damage — especially beyond the arc where he drains 41% of his four three-point attempts per game.

Wizard Portis has already delivered a few memorable games. In his February 8th debut for Washington, for instance, he racked up 30 points off the bench in a 119-106 win over the Cleveland Cavaliers.

Last week, on March 29th, came Arguably Portis’s finest performance to date in Washington.. He recorded 28 points, 13 boards and four assists in a 128-124 loss to the Utah Jazz.

Unfortunately, tough losses have been part and parcel for the Wizards this season. Brooks’ squad is 32-47 and is mathematically eliminated from the NBA’s Eastern Conference Playoff picture.

But there’s a silver lining here. Now, big Bobby can focus solely on playing developing his game with the generous minutes the Wizards provide. And when Portis finds his groove, you can still expect to see the Wizards faring well in NBA game predictions as the 2018-19 regular season winds down.

Portis’s future with the Wizards remains uncertain, however. He’s an unrestricted free agent following the season, so if the Wizards elect not to bring him back, his time as a starter could raise his stock and land Portis a featured role with another team in time for next season.

In 2014-2015, the 6’11” powerhouse from Little Rock led the Razorbacks to a top-25 national ranking and West Region fifth seed at the NCAA Men’s Division tournament.

Along the way, Portis filled his trophy case with accolades, including nods as a top-20 finalist spot for the John R. Wooden Award for best player in the country and as the SEC Player of the Year. It was the first time a Razorback claimed that award since Corliss Williamson won back-to-back SEC Player of the Year Awards in 1993-94 and 1994-95.

Portis opted to skip his final two years of NCAA eligibility at Arkansas, declaring for the pro Draft in April 2015. He closed out his college career with the Razorbacks with 1,047 total points, 551 rebounds and 92 assists while shooting .526 from the field in 70 games.