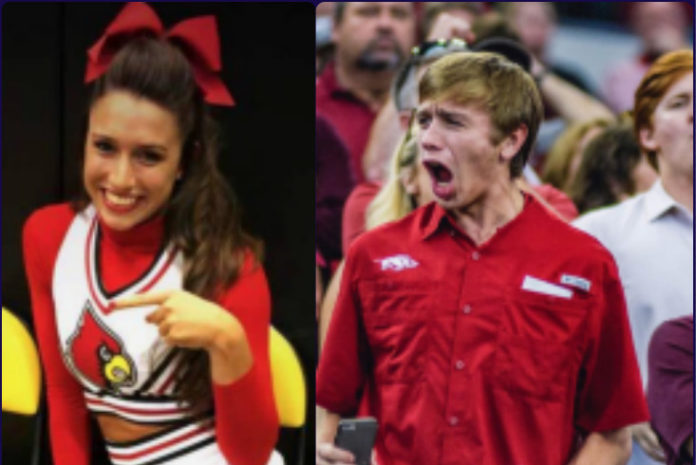 Bust out your sunscreen and double-check your vacation requests at work, folks, because it’s college football bowl season and Arkansas is heading out for some fun.

There is still some that needs to shake out on Saturday, but the Razorbacks’ bowl picture is looks clearer after their 34-17 rout of Missouri on Friday. While there are many appealing options for prospective bowl game opponents, a late December or early January trip to Florida is looking like the most likely destination for Arkansans planning to travel to this year’s bowl game.

Because of this, Razorback fans should forget their association of Bobby Petrino, the former head coach of the Arkansas and Louisville football programs, and cheer on the Cardinals on Saturday night (more on that below).

Where in Florida the Hogs might close out the second year of the Sam Pittman era is still to be determined, but some pundits, including 247 Sports, view the TaxSlayer Gator Bowl in Jacksonville as a likely landing spot for Arkansas.

There are other potential options in the Sunshine State that Razorbacks fans should keep an eye on, however—the Outback Bowl in Tampa and the Citrus Bowl in Orlando could both be possibilities if SEC rivals stumble in the final week of the season.

While it’s much more likely that Arkansas will find itself in the Gator Bowl than sneaking into one of the New Year’s Day games, it’s still worth chewing on each of the three Florida bowl games the Razorbacks might be invited to, as well as the opponents they could meet there.

The bowl destination Arkansas has been associated with the most in this week’s bowl predictions is the Gator Bowl, held on New Year’s Eve at TIAA Bank Field, home of the Jacksonville Jaguars.

Jacksonville is hardly Miami Beach for those seeking some nighttime shenanigans this Bowl Season, but the Gator Bowl is rich in tradition and would likely include a matchup against another premier opponent. 247Sports pits Arkansas against Clemson in its predictions, providing a glimpse at one of the perks of a potential trip to Jacksonville.

An Arkansas-Clemson clash would be a best-case scenario for Razorback fans for a number of reasons.

First, it would give the Hogs an opportunity to compete against a program that has been atop the college football world for much of the past decade. The Tigers have appeared in the College Football Playoff or another New Year’s Six bowl every single year dating back to 2014, when they thumped Oklahoma in the Russell Athletic Bowl, so it’s a rarity to even see the 8-3 Tigers being talked about for a Gator Bowl berth.

Still, even if Dabo Swinney’s squad is hurting, the Tigers have undoubtedly established themselves as one of college football’s best programs and a victory over them would do wonders for the Razorbacks after they took huge strides during Pittman’s second season.

If Pittman and Arkansas haven’t already done enough to impress recruits this season, a bowl victory over Clemson would be a feather in the Razorbacks’ cap. The Tigers have regularly outranked the Hogs in the recruiting rankings throughout their decade of dominance, a trend that is on track to continue with the 2022 class.

A victory over Clemson would also be especially gratifying for Arkansas fans searching for some proper closure from Chad Morris’ disastrous tenure in Fayetteville. Even though he’s coaching at Allen High School in Texas now, having the opportunity to beat the most prominent of Morris’ former programs would be a bonus for Hogs fans.

Especially after all that talk of turning the Arkansas football program into Clemson 2.0.

The Gator Bowl is certainly viewed as the most realistic landing spot for Arkansas heading into this week, but Razorback fans shouldn’t entirely rule out the possibility of spending New Year’s in Tampa. That’s because the Hogs could find themselves playing in the Outback Bowl on Jan. 1 at Raymond James Stadium, home of Tom Brady and the Super Bowl champion Tampa Bay Buccaneers.

Many experts have predicted Kentucky (8-3) will represent the SEC in the Outback Bowl, but the Wildcats will have their hands full this weekend in a rivalry matchup against red-hot Louisville (6-5), which has beaten Syracuse and Duke in back-to-back weeks with an average margin of victory of 39 points behind the play of quarterback Malik Cunningham.

Kentucky will enter Louisville as favorites for Saturday’s night’s tilt, but there’s no denying the upset-minded Cardinals faithful will do everything in its power to impact the game and give the Cards a homefield advantage. A season-ending loss to their rivals would be the worst-case scenario for a UK fanbase that has had plenty to celebrate this fall.

A few weeks ago, it appeared that a Kentucky victory here would be a foregone conclusion, but the tides have shifted lately after Kentucky lost three straight SEC games before applying the institutional band-aid known as Vanderbilt. Now, nearly as many Kentucky and Louisville football experts think the Cardinal will win as predict a Wildcats victory.

“A month ago, this seemed like an easy pick in the other direction,” the Louisville Courier-Journal’s Brett Dawson wrote. “And maybe Kentucky still is the superior team as it seemed for much of the season. But the Wildcats are hemorrhaging momentum  and the Cardinals are collecting it. The guess here is that Malik Cunningham is enough to put the UK D on its heels and get the Cards a win.”

The Hogs can only hope so. Not only could an Outback Bowl appearance propel Arkansas into a higher-profiled New Year’s Day game, but it would also come with a Big 10 opponent. And I don’t know a single Razorbacks fan that wouldn’t like to see the Hogs face a prominent program like Wisconsin or Iowa this bowl season.

After rooting for Arkansas on Friday, Razorbacks fans should swap their “Razorback red” gear for a lighter—and brighter—red as they cheer for Louisville to upset Kentucky. Simply put, it’s all about that Cardinal red this weekend.

Most bowl predictions have Texas A&M representing the SEC in the Citrus Bowl against either Wisconsin or Iowa, though Arkansas could find itself in line to slide up in the pecking order if both A&M and Kentucky fall this weekend.

The Aggies should be a comfortable favorite for their season finale at LSU, though it’s not too out of the realm of possibility to imagine the Tigers dig deep and find a way to send Ed Orgeron out with one last memorable victory in Death Valley. Lord knows they gave both Alabama and Arkansas a good scare.

If LSU can pull off the upset, an A&M loss would be the first domino to fall in a scenario that could result in Arkansas moving up into a better game.

Before the Razorbacks can break out their bathing suits and shining their shades, though, they must take care of business in Friday’s finale. A loss would all but erase the Hogs from contention for one of the three Florida bowls.

For great commentary on Arkansas football, see the below “Ask Mike” episode. His insight into the possibility of Kendal Briles or Barry Odom leaving (at 9:10) is especially interesting.