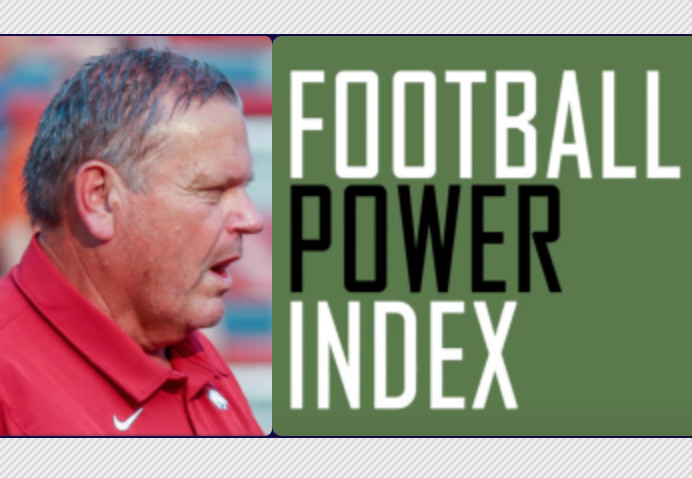 Ah, ESPN. You either love it, hate it or love to hate it. Most reasonable people still love it. As they should. We wouldn’t have sports consumption in this country the way we have it without the Worldwide Leader. Their game production is, on a whole, still the best in the world. No one brings the level of technology, insight and value to the table that ESPN can.

Yes, the daytime talk shows are lame and largely fraudulent, but it’s no different than the person at work who has horrible opinions and blabs them all over. That person barely believes what they’re saying, too. Besides, as anybody who has ever undergone the root canal that is listening to Skip Bayless for longer than 10 seconds knows, such content sells.

ESPN is too large to lean away from some teams and toward others (consider, for example, how ESPN’s Heather Dinich tabbed Arkansas as a darkhorse for the 2022 national title). The notion of East Coast Bias is largely in people’s heads. It’s simple: the best teams and most populous areas get the most coverage. Teams that get people talking get the most coverage. That’s simply the way sports media has worked for 150-some-odd years. When focusing just on one particular area, let’s say the SEC, the Alabamas and LSUs of the world are going to garner more focus, fair or not, since winning draws eyeballs.

As such, it wasn’t a surprise to see the Crimson Tide and Tigers ranked as two of the teams inside the top 11 on the Football Power Index this week. From a roster talent standpoint, few teams can compete with what Alabama and LSU bring to the table. What was a surprise, however, was Arkansas.

The Razorbacks are slotted as the bottom-feeding team of the SEC West in the FPI with only South Carolina, Missouri and Vanderbilt ranked lower in the entire league.

Full disclosure: I was an ESPN employee who contributed to the early days of the FPI, when it was in its infancy. It’s grown far beyond anything I could have added to its inception, however, and I couldn’t pretend to know all the data and math and algorithms that go into how the computers spit out the information to us for digestion.

Since I left the Mothership, the FPI has evolved into what ESPN calls “a measure of team strength that is meant to be the best predictor of a team’s performance going forward for the rest of the season. FPI represents how many points above or below average a team is. Projected results are based on 20,000 simulations of the rest of the season using FPI, results to date, and the remaining schedule. Ratings and projections update daily.”

I’m far from a Razorback homer, but even I have to be honest and wonder just how in the world the FPI considers Arkansas as such a lowly program, though. Overall, the Razorbacks are No. 29 in the FPI, which seems fairer. Arkansas is expected to be somewhere in the 20s when the preseason polls are released later this summer. That is actually a significant drop from January, when Arkansas was coming in the Top 15 in a lot of preseason projections.

Of course, those projections were by actual humans, not the cold Martians whom ESPN’s FPI eggheads use. Since then, the Hogs have only cemented a stellar recruiting class, which does make the super-low FPI ranking all the more baffling.

“Perhaps the most shocking pick of all in the preseason FPI from ESPN is the Razorbacks outside of the national top 25 and slotted seventh in the West with a projected record of 6-6 this fall,” 247Sports’ Brad Crawford wrote. “Could Sam Pittman’s team take a step back when they have a top-rated returning quarterback and impressive transfer class to showcase?”

Last year’s 9-4 record gives hope to fans, as does the return of coach Sam Pittman, fresh with a new deal, both offensive coordinator Kendall Briles and defensive coordinator Barry Odom, quarterback KJ Jefferson and All-American safety Jalen Catalon. Hogs football is a long way from the no-win seasons of the Chad Morris era.

Pittman, too, is still in the process of building the roster in his image and such things take time. An 8-4 regular-season record again in 2022 would be another step forward even if it’s the same as last year’s. You have to go back to the Bobby Petrino era more than a decade ago to find when Arkansas last had consecutive eight-win seasons.

But that has to be it. Winning more than eight games in the SEC is a monumentally difficult task for anyone not named Alabama. In fact, as one anonymous SEC coach put it, going from two or three wins a year to eight is easier than eclipsing eight. Heck, even Texas A&M, which has been a staple near (not at, but near) the top of the league for a bulk of the last 10 years has done it just twice in that span and that’s with recruiting classes consistently ranked in the top 15 in the country. Arkansas football has never had a class ranked in the top 15. It doesn’t mean the Razorbacks are bad or can’t recruit, but it does mean they’re working with less depth than some of their conference cohorts. Even this year’s team, with Jefferson and Catalon and Bumper Pool and Ricky Stromberg, isn’t likely to receive much in the way of preseason All-SEC mentions.

The schedule is a bear, of course, as well. Besides the usual gauntlet of the SEC West, Arkansas hosts Cincinnati, a team that went to the College Football Playoff last year, and travels to Brigham Young, a team that lost just two regular-season games last year, neither by more than two touchdowns. If Arkansas were to split those two, win the other two out-of-SEC games and go 5-3 in SEC – which would mark just the second time finishing with more than three wins in conference play since 2011 – the Hogs would get to eight wins, essentially duplicating last year’s success.

What the FPI doesn’t take into consideration, because it can’t, are the off-field things. Despite the talent stockpiled at LSU and Auburn, nobody would argue those particular Tigers are in better shape mentally than Arkansas. Pittman has been a godsend and is beloved. Bryan Harsin at Auburn nearly lost his job

in the offseason. New LSU football coach Brain Kelly is established but the Tigers have been a mess for the last 18 months. Arkansas beat the Bayou Bengals last year and should have beaten Auburn. It’s possible, perhaps even likely depending on how the season goes up to that point, the Razorbacks would be favored again in 2022 – especially as LSU has to travel to Fayetteville and Auburn is likely to be similar to last year’s bunch.

None of it truly means anything, of course. Not the polls or the FPI. Quality results will lead to a ranking in the only one that matters: the College Football Playoff rankings. And those don’t even drop until halfway through the season, at which point we’ll know whether Arkansas is still trending upward or not.

So no matter what you think of ESPN’s FPI, just understand that it’s all cold, passionless numbers and, right now, the numbers say that Arkansas football has quite a bit of work to do.