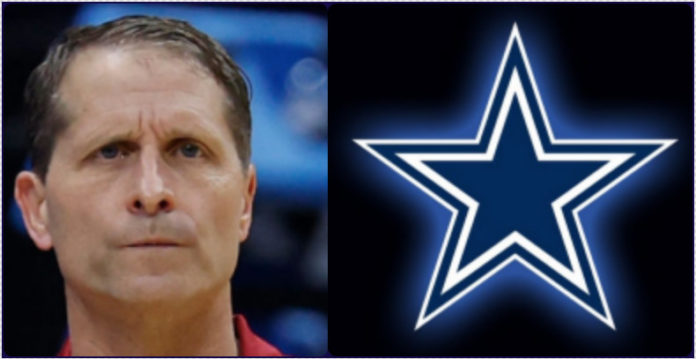 It’s one of the most iconic moments in Allen Iverson’s 11-year Hall of Fame career.

And it didn’t even happen during the season. Four days after Philadelphia’s 2001-02 season ended with a hasty first-round exit in the NBA Playoffs, Iverson agreed to a news conference to address questions surrounding his mercurial relationship with then head coach Larry Brown.

“We sitting in here — I’m supposed to be the franchise player, and we in here talking about practice,” said Iverson, beginning one of the greatest sports soliloquies ever.

“We talking about practice, man.”

Long and short of it: Iverson wasn’t a fan of practice.

Neither, it turns out, is Eric Musselman.

The Arkansas basketball coach is known as a hard-driving tactician, master marketer and heavyweight recruiter, but gym rat he is not.

As important as practice is to a team’s success on the court, too much of it can lead into the law of diminishing returns. Better to be in and out with as little wasted time as possible, Musselman said on a recent episode of the Hog Pod with Bo Mattingly.

The key, he says, is to vary things up and “eliminate boredom.”

“I hate practice, too. I know a lot of coaches say they love practice,” he adds. “I love the games, man. I want to compete. I’m doing practice to try to win a freaking game.”

Musselman has done plenty of that so far, with 45 wins in his first two seasons — the most this early in Arkansas basketball history. Heading into 2021-2022, CBS’ Garry Parrish has the Hogs at No. 2 in the SEC just behind Alabama.

Musselman can’t wait until the season tips off on November 9th against Mercer.

Likewise, he can’t wait for most drills to end. No point in dragging things on longer than needed.

“We don’t want any dead time,” he told Bo Mattingly. “Sometimes it can frustrate assistant coaches because I’ll tell them ‘Hey, in your drills or your stations, you got to get in and out with your explanation of the drill. I want teaching before practice and after practice, and, in practice, I don’t want to go long… because I got mental issues with having dry practices and long practices, so I want upbeat energy, effort, enthusiasm.”

“Make the practice an hour and a half. Don’t drag a practice in over two and a half hours, and really develop the guys in those practices.”

Brevity can be a blessing for players this time around so who, quite frankly, sick of only playing against each other. “October is hard, man” Musselman said. “It’s a freaking grind to come to practice and not play a game for five or six weeks, but that sets you up for later success.”

As much as Musselman and his staff aim to keep things fresh for fans when it comes to social media messaging, so do they strive to constantly mix it up in practice to prevent complacency.

Musselman, for instance, has assigned all of his players the task of learning to juggle (as if being a full-time student-athlete in the modern NIL landscape didn’t already qualify).

“We want to try to mix new drills in,” he says. “We want to try to hit them with some funny film clip that they’d never seen. We’ve stolen mojo moments from what the 6-1, NFC East leading Dallas Cowboys did to break up practice and how we want to try to affect our late game execution — so we play some music from Austin Powers to signify that we’re in our mojo moments.”

This fall, the Razorbacks have also debuted two new signs — one that says TNT (Takes No Talent, stolen from the Miami Dolphins) and the other that says “Shot on Goal.”

What Separates Arkansas Basketball from Others

During the summer, before the Arkansas basketball team was allowed to meet for 20 hours a week, they came together for “pre-practice talks” to look over key stats.

Now, however, they spend critical time watching and breaking down film of their practices and scrimmages.

“We’re able to watch film and break it down and show guys stuff and missed assignments.” He wants to get a feel for how his players will be able to understand second, third, and fourth options on offense, and how many positions they are able to learn.

The film room study allows Musselman and his assistants to troubleshoot what they are gleaning from practices and scrimmages.

“I get a kick out of reading coaches all over the country that think their teams are great,” Musselman recently told The Athletic’s Brian Hamilton. “And we actually thought the opposite: ‘Hey, here’s our holes. Here’s where we have to get better.’ There’s an angst with me, in a lot of different areas. And we talk to our team about them every day.”

In the end, Eric Musselman loathes the idea of practice for practice’s sake.

Instead, he wants to use practice as a tool to diagnose how his Razorbacks can get better in the short, mid and long terms. And he wants to wield that tool as quickly as possible to get on with the important work of film study — and the even more critical fun of playing the games themselves.

Listen to the entire interview here: