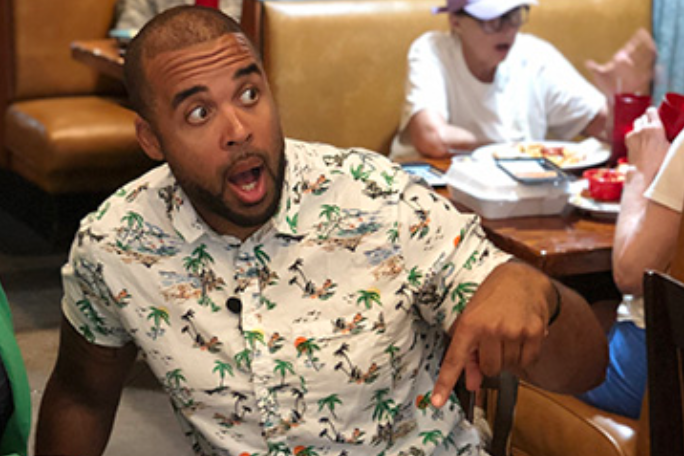 There’s a lot of blame to go around in the aftermath of Arkansas’ depressingly familiar close loss at Missouri on Saturday.

For all the good things that the Sam Pittman era has brought to the Arkansas football program, the ability to close out games near the end of the season isn’t yet one of them.

Although the 24-27 loss to LSU two weeks ago was heart-wrenching, Razorback fans could at least take solace in having plenty of excuses. It felt good to think that things would have been different if LSU hadn’t had so much time to prepare for Arkansas’ offense, if Arkansas hadn’t been missing six defensive linemen or if star safety Jalen Catalon hadn’t been ejected.

And, hey, there’s always that old go-to excuse of LSU year in and year out-talenting Arkansas with blue chip recruits.

Yet against Missouri, the excuses aren’t nearly as plentiful.

Yes, Jalen Catalon was out for the first half, but he was in during the second half when Missouri scored on each of its last five possessions to storm and racked up 292 in the fourth quarter alone to notch the 50-48 win.

And yes, a leg injury sidelined linebacker Grant Morgan in the third quarter. But even had Morgan played during the homestretch, that likely wouldn’t have stopped the sinking feeling so many Hog fans had as Arkansas drove the field on its last offensive possession of the game.

Thousands of fans were thinking: “Don’t score too soon and allow Mizzou time on the clock.” Turns out, leaving 43 seconds on the clock was more than enough. Down 47-48 after an amazing two-point conversion catch by Mike Woods, Mizzou sliced again through the Hogs’ defense like it was hot butter to race down the field for the game-winning field goal.

Cornerback Hudson Clark, in particular, was targeted over and over. Mizzou’s last drive started with an easy pitch and catch in front of Clark that went for 14 yards to get the Tigers rolling.

It seemed far too often when Clark was playing off his man in a zone, that receiver would still sprint past him and gash Arkansas for big yards. Yet earlier in the game, when Arkansas tried to press Mizzou’s receivers, he didn’t show enough speed to stay with Missouri’s receivers.

Can someone please get Hudson Clark out of press man to man situations with no safety help!!!! It’s not WORKING!!!! #WPS

By calling out a specific player for the struggles of Arkansas’ defense, Williams went a different route than most media members and the coaches.

Had the defensive line been able to pressure Bazelak more, then perhaps they would have forced a turnover which would have ended up making the difference in this game. But they didn’t, and in those circumstances, Arkansas needs its corners to stay play tighter coverage more often. It’s one thing to get toasted every couple of games, but it’s another thing to get charred multiple times within a single game, whether that be against Texas A&M or Missouri.

Receiver gets the separation. Tigers in Arkansas territory. pic.twitter.com/1m3ZNN9xz1

When Williams chooses to criticize Clark, only a redshirt freshman, he’s not doing it to pile on a student-athlete who’s trying his best. He’s doing it because he’s showing how much cares for the program as a former player and fan. In the past, he’s been just as quick to praise Clark.

The same dynamic happened last year among Hog fans when Nick Starkel followed up a great Colorado State game by throwing what should have been an illegal number of interceptions against San Jose State.

To Starkel’s credit, he took the blame for his horrible play, burned that stupid Justin Bieber shirt of his and in the end came out stronger for it. Nowadays, Starkel quarterbacks San Jose State and just led that program to its first 5-0 start since 1939.

He will likely never intercept three footballs in an SEC game again, as he did against Ole Miss, but he, Barry Odom and the position coach Sam Carter need to figure out a way to get him back on track. Fortunately, Clark will have an entire offseason for the strength and speed training he needs to hang with SEC receivers.

Regardless, the walk on has put his heart and soul into the program so far and played a big role in its turnaround earlier this season. Plus, Clark didn’t force cornerback Jerry Jacobs, who would have been a better matchup against Missouri’s receivers, to opt out of the season soon after that Ole Miss game. Had Jacobs chosen to stick it out, he would have likely gotten back onto the field for a lion’s share of the minutes when Clark began to struggle.

Even if an incoming transfer or Jarques McClellion, who is sitting out this season, takes his starting spot next season, Hudson Clark will still show value as a backup and practice player in a program that historically lacks quality depth in the secondary.

After showing out against Ole Miss, Pittman announced Clark will get a full scholarship in January. A few bad games don’t make him unworthy of that. Even if in future seasons he never plays this much again, he will still be a valuable contributor to the team.

For more on the silver lining from the game, see our latest post:

“What I feel right now is a level of disappointment I haven’t felt this year.” Amen, Trey Biddy. Good stuff here: