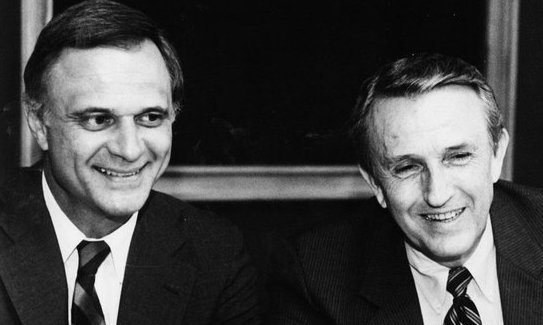 The below article, originally published in the 1986 by The NCAA News, provides some good background on former U.S. Senator David Pryor’s role in laying the groundwork for the charity status involving much of major college football. I write more in-depth about the issue, and its relevance to the recent expansion plans of Reynolds Razorback Stadium, in an upcoming Fox Sports Arkansas article.

A bill has been introduced in the U.S. Senate by Sen. David Pryor, Arkansas Democrat, that calls for full tax deductions on contributions to athletics scholarship programs and the revoking of previous IRS rulings to the contrary.

Sen. Pryor submitted the legislation last month, calling for the application of the 1RS Code of 1954, allowing full tax exemptions for such donations and the repeal of an IRS ruling modifying the exemption.

In 1984, the IRS issued a ruling that essentially revoked prior IRS determinations that such contributions were tax-deductible. The ruling held that if the donor received the right to purchase season tickets (other than as a member of the general public), there was no gift involved.

Under well-established tax principles, Pryor said, if there is no gift of property to a charity, no charitable contribution results; therefore, no tax deduction is allowed.

The IRS ruling threatened what was estimated at more than $100 million a year in contributions to athletics programs. Because of objections by the NCAA and other organizations and institutions, the IRS withheld the ruling for public hearings.

An administrative hearing was held on the ruling January 7, 1985.

“While a few minor features have changed, the basic thrust of the most recent announcement is that if the athletics scholarship donor is allowed to purchase season tickets in any way  other than as a member of the general public, no gift is involved,” Pryor
said.

“Therefore, the scholarship donation is not tax-deductible under Section 170 of the Internal Revenue Code,” Pryor said in a statement accompanying his bill.

The revised ruling by the IRS says the contributors can take a partial deduction if the college can provide a reasonable estimate of the value of the privilege extended to them.

To estimate the value, the IRS says a college can consider such factors as the level of demand for tickets. But the ruling gives no method as to how this demand itself can be valued.

The New York Times said the clarification “leaves the situation just as
controversial and more cloudy than ever.”

Pryor said, “I remain very concerned over attempts to define what is or is not tax-deductible when a donation is made to any college or university in the country. Many colleges and universities around the country use these scholarship funds to provide much-needed aid to student-athletes.

“All of us want to do all we can to maintain and strengthen our educational system. It seems to me that this latest ruling runs counter to that effort”

“It repeals Revenue Ruling 86-63 (the IRS revised ruling) and provides that the tax law shall be applied as if it had not been issued.

Pryor is a member of the Senate Finance Committee.