Concussion Concerns & The End of Youth Football in Texas & Arkansas

Billy Elmore1 Dan Marino1 football concussions1 Heads Up1 Keith Jackson4 Nate Jackson1 Ronnie Hammers1
Those seeking a glimpse into a possible future for youth football may not have to travel far. Just over an hour south of Texarkana,... 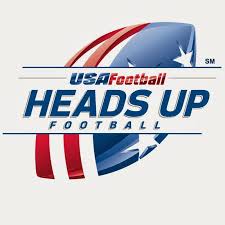 Can this program save youth football?

Those seeking a glimpse into a possible future for youth football may not have to travel far. Just over an hour south of Texarkana, in the east Texas town of Marshall, a school board approved the cutting of seventh grade tackle football in February amid widespread and growing concern for the sport’s physical dangers — specifically, the potential for injuries from concussions.

“I’m surprised, in some ways, because you know how it is in a one-high-school town where football is everything,” Marc Smith, superintendent of the Marshall Independent School District, told The New York Times. “I anticipated a little more resistance and concern, but the safety factor really resonated with our parents.”

Certainly nobody in Arkansas is going to ban junior high tackle football any time soon. Don’t expect it to happen in east Texas, either, although flag football is a more popular alternative there. People in both areas are too passionate about the sport to seek such wholesale changes in the coming years.

Many Arkansans are also passionate parents, and they are every bit as concerned for their sons’ health as their Texan counterparts.

Enough damning evidence about brain injury has accumulated to begin rattling the most influential football-affiliated institutions and society at large. Concussions inevitably spring to the forefront of conversations involving player safety in sports. None other than President Obama himself convened a summit on youth concussions in late May, declaring: “We have got to change a society that says you suck it up.” In advance of the event, NCAA and NFL officials announced pledges totaling $55 million to go toward the study of youth sports and brain injury.

There has also been pushback from players. In 2011, Derek Owens, a former University of Central Arkansas player, was one of four student-athlete plaintiffs in a lawsuit claiming the NCAA had been negligent in addressing and treating its student-athletes’ brain injuries — the first such suit filed against the NCAA. Since then at least 61 ex-college athletes have sued the NCAA, encompassing nine other class-action concussion lawsuits, according to a February 2014 article in The Birmingham News. Owens’ suit w consolidated with others and in late July the NCAA reached a preliminary settlement that includes provisions for a $70 million medical monitoring fund and a new national protocol for players’ head injuries sustained during games and practices.

In addition, nearly 5,000 former pro players — including Dan Marino and Little Rock native Keith Jackson — have kept the issue a high profile one by joining (or withdrawing from the suit, as Marino did in early June) various concussion-related lawsuits against the NFL.

Former Razorback Ronnie Hammers, a Marshall native, was an all-conference football player for the University of Arkansas in the late 1960s. He isn’t suing anyone — he said he’s not experienced any neurological problems other than occasionally memory lapses, which may not be football related — but he said hardly anybody knew about the long-term dangers of concussions when he was a player.

“I played on the offensive line and back in my day, that’s all you did,  fire off and hit somebody,” said Hammers. “Your head was getting hit every snap of the play, not just when somebody got tackled.”

Hammers runs a remodeling and roofing company in Marshall, and regularly makes it up to Fayetteville to hobnob with other former Razorbacks at reunions. He rarely discusses the concussion issue in that crowd, but he and the others may good-naturedly joke about it if someone shows signs of forgetfulness. They note how much attitudes have changed when it comes to violent hits on the field.

“The big saying back then was, ‘Well, you just got your bell rung. You’ll be all right here in a minute.’”

Hammers said if given the chance to choose all over again, he’d still play football. But he’d hope his grandson plays a safer sport, like golf.

The Defense is an Offense

No Arkansas authorities contacted for this story had heard discussion about eliminating tackle football for younger players, as the Marshall Independent School District has done, but all pointed to less-drastic changes that have made the sport safer. This upcoming season will be the third year in which high school coaches are required to take concussion training. Last year, the state’s first concussion protocol law passed. The law, whose primary sponsor was state Sen. David Sanders, requires all players suspected of having a concussion to be taken out of the game, to return only with a licensed professional’s approval.

Bigger school districts, like Little Rock School District (LRSD), are investing more money into athletes’ safety. Last season, for the first time, each LRSD junior high and high school game had a MEMS unit present. Most of the time, an athletic trainer or medical intern was also present. As of early June, the district was working toward making a licensed medical professional’s presence mandatory for all games.

At the same time, the state’s governing body for high school athletics — the Arkansas Activities Association (AAA) — is mulling changes include limiting the number and frequency of collisions players endure on a weekly basis, said Joey Walters, deputy executive director of the AAA. On Wednesday, August 6, the AAA’s governing body was considering a proposal to limit full contact to three times a week (including games) at its annual meeting.

Money from the NFL is starting to trickle into local football, too. The nation’s richest league has donated millions of dollars to an instructional program taught through USA Football, its youth league umbrella group. The core idea is to spread the gospel of proper tackling, hydration and proper equipment fitting through a combination of online curricula and full-day, in-person training sessions. Coaches return from the Heads Up program clinics to teach other coaches, who in turn teach players. So far, about 2,800 youth teams nationwide — including five in Arkansas — have signed up.

This spring, West Memphis head coach Billy Elmore became one of about 70 Heads Up master trainers nationwide. He is Arkansas’ first. One of Elmore’s primary functions in regards to concussion prevention is to teach tackling in which the player never drops his head, instead surging upward with arms thrusting out in a “double uppercut” movement. The process, encompassing five distinct steps, sometimes involves keeping one’s head from direct collisions by tucking it under an opponent’s armpit.

There are critics of the Heads Up program, such as former Denver Broncos tight end Nate Jackson who, early in his career, had to block opponents outweighing him by 50 pounds or more.

“When you are trying to knock a big man down, you have to turn yourself into a missile. And that means hitting them with your face,” he told the website SportsOnEarth.com in March 2013.

“Getting as low as you can never means dropping your head,” he said. “It means bending at your knees and your ankles and your hips. There’s never a correct time to drop your head in football.”

But, he added, sometimes the collisions are unavoidable even in the controlled practice setting. When Elmore lines up defensive and offensive linemen a yard apart to simulate the line of scrimmage, he instructs them to slide their helmets to the side as they charge into each other. It’s possible they still knock heads if both slide the same way.

He believes many of its techniques will be a boon in the coming years not so much for high school coaches — most if not all of whom have long taught a “see what you hit” tackling technique, anyway — but at the less-structured youth organization and club levels where elementary-age children play. The mostly volunteer coaches there are more likely to still lean on outdated and even dangerous techniques and drills which need correcting, Elmore said.

It’s important for the NFL to ensure its sport remains America’s No. 1 pastime. That entails keeping its roots strong to mitigate recent trends. Tackle football participation dropped 11 percent between 2011 and late 2013, according to the National Sports Goods Association. Pop Warner — the nation’s largest youth football program — saw participation drop 9.5 percent between 2010 and 2012.

These numbers are in line with National Federation of State High School Association reports on a national and statewide level. Football participation at Arkansas secondary schools, for instance, dropped from 13,000 boys in 2007 to 8,734 in 2012, then rose to 10,977 in 2013, according to the Arkansas Activities Association.

These stats aren’t the only potential omen for football’s long-term fate. In 2012, a California school district paid a $4.4 million settlement over a severe neurological injury that left a high school football player in a wheelchair. As more parents become aware of the proven — and potential — devastating effects of repeated concussive and subconcussive hits, then what will happen when those same parents discover their son sustained a neurologic injury or ailment stemming from preventable head trauma? Who’s liable when tragedy is the result of a high school coach being too busy coaching to notice the effects of concussion in one of his players — or if that player lies during diagnostic questions in order to stay in the game he loves?

The NFL and NCAA have deep enough pockets to handle some of the myriad concussion-related lawsuits headed their way in recent years. The same cannot be said of many cash-strapped public school systems.

“A decline in high school football is the NFL’s doomsday scenario,” Gregg Easterbrook wrote in his 2013 book The King of Sports: Football’s Impact on America: “If concussion lawsuits cause public school systems to stop sponsoring football … then football’s training system will implode. Today the NFL takes the best athletes produced by thousands of high school programs around the country, profits, and gives back nothing in return…. Without public high school football, the NFL would have to fund its own club-level sports system, similar to those that support professional soccer and basketball in Europe.”

That such lawsuits might happen here is a concern for Arkansans involved in youth football.

“I certainly hope it doesn’t move down to this level,” said John Daniels, athletic director for LRSD. “However, I do know student safety is the No. 1 concern. If there’s anything we can do as a district … if we need to look at it, if we need to get all the studies or whatever, I would be open to that.”

West Memphis coach Elmore deplored a theoretical future in which tackle football was banned altogether or just for children and young teens.

“Boy, I’d hate to see something like that happen, because the benefits that come for a lot of these young men who come through our program, as they come through everybody’s programs,” he said. “I mean, the things that it does for them — it far outweighs in my opinion the risks that they could have.”

Plenty of Arkansans would appear to agree with Elmore now. They may not in a decade, if science bears out some of the theories tying the smallest of head hits to a higher likelihood of devastating long-term health problems. Whether medical evidence emerging in the coming years supports or upends Elmore’s analysis is a billion-dollar question for 32 NFL owners. But for millions of American parents, something far more valuable is at stake.

The above is an edited version of an article that originally published in the July edition of: