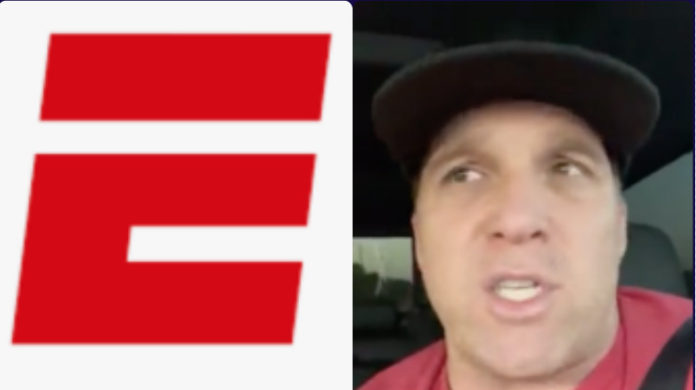 In Arkansas sports circles, national oversight – perceived and actual – is a drum that will probably never stopped getting beaten.

In recent months, for a couple moments anyway, the banging calmed down some. In basketball, the Razorbacks enjoyed a few days of No. 1 standing in some major too-early polls heading into next season. Similarly, in the days following the finish of the 2021 football season, a few pundits were gushing about the Arkansas football team’s prospects heading into the 2022 season. Most of the major outlets had the Hogs in the “too-early” top 20 with the Dallas Morning News placing them at No. 10.

Perhaps the most optimistic national college football analyst of the bunch is 247Sports’ Josh Pate.

As he sees it, not only is Arkansas getting better for reasons that include vastly improved team speed on defense and an overall offensive attack that could be more potent despite the loss of Treylon Burks, but it was much better last year than a lot of folks realize.

In fact, in a recent “Late Kick” show, Pate goes so far as to say that the Razorbacks could have been a College Football Playoff team in 2021 had they only the good fortunate to play in another major conference like the Big 12 or ACC.

“It’s probably a playoff team last year, guys, and certainly could be a playoff contender this year,” Pate says. “If I took everything about that program and I put them in Lubbock, Texas, that’d be a playoff contender. You’d believe in them too. Because you know, even though some of you claim otherwise, that schedule and strength thereof is extremely disproportionate in this game – therefore you are not always what your record says you are. Translation: 9 and 4 in [the SEC] could have been 11 and 1, or better, in many other outposts around college football.”

Most living, breathing analysts expect Arkansas to finish in the top half of the SEC West in 2022, perhaps as high as No. 2 or No. 3 with Alabama again taking the divisional crown. Many of the major preseason SEC projections, like this one from Sports Illustrated, consider Arkansas a Top 5 SEC team because of the return of quarterback KJ Jefferson and the addition of highly talented newcomers like Jadon Haselwood.

In most of these breakdowns and polls, LSU and Auburn both fall behind Arkansas. And why not, considering LSU is totally rebooting with a new coach and has to replace four offensive line starters while a raft of play-makers exited Auburn through the transfer portal earlier this year, helping to make Auburn football coach Bryan Harsin’s already hot seat even hotter going into the summer.

The general human consensus that Arkansas deserves a top 3 preseason spot in the SEC West is a big reason why Razorback Nation recently had a communal conniption fit courtesy of the release of ESPN’s Football Power Index preseason rankings. ESPN’s FPI puts Arkansas No. 29 nationally, or No. 10 in the SEC, with a projected win-loss record of 6.5-5.5.

Former Razorback quarterback Clint Stoerner wasn’t too pleased with this latest development. On Twitter, he just about flew off the top rope, aiming his elbow squarely at the ESPN statisticians behind the FPI:

Stoerner, a former SEC Network commentator himself, is simply putting an extra dose of verbal hot sauce on what a lot of Razorback fans think about ESPN in general. They joined him in leveling criticism at the computer-generated power index:

“Just another reminder that ESPN’s FPI is total crap,” Joey Cranton Tweeted. “This is an index that, end of last year, had Texas A&M ranked ahead of all 4 SEC teams that beat them even though all of the teams had comparable records and played comparable schedules.”

John Wyatt added: “Don’t forget that every time Texas lost a game last year, they would basically move up in the ESPN FPI. I think it took them finally losing six games to knock them out of the top 9. LOL. The FPI had a weird obsession with Iowa State too. #fuzzymath.”

Arkansas even got sympathy from Texas A&M fans. “The Razorbacks seemed to have put it all together,” Brad Wyatt wrote. “That coach is a real football dude and his players would run through walls for him. I’d expect the Razorbacks to rub ESPN’s nose in it.”

Controversy involving the ESPN power index and Razorbacks is familiar ground. Just a couple months ago, ESPN’s Basketball Power Index predicted Arkansas, despite being among the hottest teams in the nation at that time winning 10 of its last 11 games (including beating No. 1 Auburn and razor-thin defeat on the road at Alabama) to essentially lose 4 of its last 5 games of the regular season.

Instead, Eric Musselman’s Hogs made the formula behind the BPI look silly as they continued their hot play through the end of season and into the NCAA Tournament.

That fact that it’s an algorithm, not a human, spitting out these rankings doesn’t excuse the humans involved in the process. Whatever formula that ESPN’s sports nerds concocted for these power indices deserves to be criticized, because there should not be this huge of a gulf between supposedly informed analytics and general human consensus among experts.

Maybe, though, there’s a silver lining.

“As disrespectful as this list is, I love it,” Tweeted @RunWithTurtles. “People can keep underestimating us. It’s always more fun to prove people wrong. When we finish at least 9-3 and in the top 15, people will start to learn. Until then, they can just keep doubting us. #WPS“

The actual human analysts who doubt Sam Pittman and his Razorbacks are dwindling year by year. Soon enough, the algorithms may fall in line, too. Until then, it’s grist for the mill as the Arkansas football program builds something special.

The Razorbacks “are one of only eight Power Five teams that have a pair of coordinators returning for their third season or longer. It’s a big deal. And that’s a lot of consistency that is invaluable in nature. They got a top 10 portal class, because just like the coaches, players, given options, are choosing Arkansas. They’ve got a top five signing class right now for 2023, because players, with options, are choosing Arkansas.”

On national stereotype of Razorbacks: “Why do you recoil a little bit if anyone ever suggests Arkansas could contend one day for the SEC West or a college football playoff spot? Your mind goes there, because your mind defaults to Arkansas being a backup option, because they have been. For top level coaches, for top level players, you haven’t seen them go to Arkansas a whole lot in recent years. You’re used to them being a secondary option.”

“Arkansas football used to be a backup option for a lot of coaches and a lot of players. Arkansas’s not a backup option. They’re a destination now. And a lot of people are going to continue to realize that. Look, the good news for me, since I happen to believe in the vision in there and the direction, is I don’t really have to bank on something intangible.”

“We’re looking at the guys they just got in the transfer portal. Jadon Haselwood could have gone to two dozen programs. He went to Arkansas. He chose to go there. Drew Sanders, one of the top prospects in the country two cycles ago, went to Alabama.”