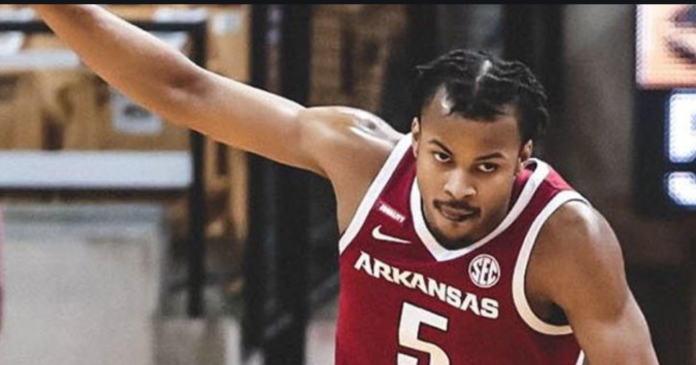 Win as a team, lose as a team.

That’s the maxim of any good squad, but it sure didn’t feel that way in the waning minutes and immediate aftermath of Arkansas’ 81-72 loss to Baylor in the Elite Eight.

Baylor proved to be the better squad through most of the night, as it jumped out to an 18-point lead that the Hogs eventually cut down to four points. But Baylor nailed timely threes down the stretch to clinch the win.

Meanwhile, the Hogs’ star wing Moses Moody had the worst performance of his college career. He hit just two of 10 field goals, and missed all four of his three-point attempts.

This came on the heels of a poor shooting performance in the previous round against Oral Roberts.

After the Baylor loss, Arkansas basketball coach Eric Musselman said: “I think defense keying in on Moses is what I’d contribute to his offensive struggled the past two games.”

Instead, it was the fact Baylor forced more turnovers, held a 21-6 advantage in points off turnovers and allowed Baylor to hit 8 of 15 three-pointers (a lot of those, however, were tough, contested threes).

“If someone told me we would’ve shot 48 percent from the field, we probably would’ve taken that,” Musselman said. “Defense was the problem.”

That’s not what a vocal minority of Razorback fans believed, however.

They preferred to focus on Moody’s bad shooting and overlook what he still contributed on defense and on the boards:

Let’s not act like Moses Moody is THE REASON we are in the tournament lol. Did he have a good year? Yep. Did he run and hide in the whole post season. Also, yep.

Moody is a highly regarded pro prospect who we forecasted to become Arkansas basketball’s first one and done before the season began.

He projects as a late lottery pick in the 2021 NBA Draft and it’s unlikely that a couple games of bad shooting are going to affect that.

Still, some fans believe the Baylor game struggles showed he’s not ready yet for the pros and he should come back for another year.

Bobby Portis, the former Razorback great, saw one of those Tweets [since deleted] and responded swiftly:

He not ready to make money to change his and his family life? Lmao y’all gotta chill. https://t.co/8pWwqwBLlq

Portis, it’s clear, supports Moody’s almost certain decision to go pro.
Most fans do, too, as these Twitter comments from Portis’ feed show:
tsla: “I love Moses but he didn’t show up in the SEC tournament or the NCAA tournament. I doubt he’ll be happy with his performance.”
staffnasty: “You’re spot on BP and I won’t blame him a bit if he declares tonight.”
“But we all know if he plays like a lottery pick tonight we win that game, and I’ll be the first to say I hope he stays another year for a redemption tour. Devo, Moody, Notae, Williams and KK is a dirty 5.”
Layne Sanders: “I wish he would stay. That’s the selfish fan in me. That man deserves to get his money. He drew every team’s best defender, and pretty much was double teamed throughout this tournament.”
“@moses_moody3 is a freaking stud.”

Anthony Ball: “Moses Moody staying will hurt our recruit[ing] some. Kids need to see a one and done at Arkansas. He had a great year.”

“Struggled in the tournament but he has to go and be great for us to keep building. He did his part. #WPS”
***
Game highlights here:

Khalil Garland, a Little Rock native like Moody, is a student coach on the current Razorback team.

He snapped back after seeing a few anti-Moody Tweets:

NO MOSES MOODY SLANDER WILL BE TOLERATED ON MY TL. i hope he leave for the draft fr bc y'all didn't appreciate him

Garland, no doubt, was emotional after the loss and spouting off the cuff when he Tweeted something so raw and borderline accusatory. His Tweet has been taken down since late Monday night.

Still, the reactions to Garland’s defense Tweet show a wide range of sentiments from Razorback fans.

Most are sympathetic to Moody:

Surly Gabe: “We love this team, and we do appreciate Moody. I’d love to have him for longer, but I do hope he makes the decision that’s in his best interest. The trolls and the crazies don’t speak for Hog Nation.

Conservative Arkansan: “Oh boo freaking hoo! Most people want him to stay! I do, but if he is going to be an NBA player, he has to to learn to take criticism!”

“He had a terrific regular season! Should have been [SEC] POTY! But the truth is, he didn’t really show up in the tourney! Wish him well and good luck”

Joshua Hopkins: “I hope he is successful and I hope he makes millions. I’ll pull for him every step of the way.”

“That doesn’t change the fact that he has a slow first-step and slow shot-release. At this point he’s a two-way contract player at next level.”

Brandon Hopkins: “For every person talking trash about Moody there are 1000 singing his praises. As they should be.”

“This team will never be forgotten, this team has done a lot for this program.. a jump start for the program. “We set the expectations for the future. In a COVID year, you can’t say enough about this team. ”

“We played extremely hard, but lacked some scoring at times. And defensively they hit some tough shots on us.”

“And then the turnovers, we knew coming in they’re a team that — our 15 turnovers, not astronomical but 21 points off of them, just too much to overcome.”

“Those three guys, I can’t say enough about — without those guys we’re not here.”

“I thought our seniors did a phenomenal job trying to build the freshmen up every single day. And they allowed our freshmen to be stars, because they’re such unselfish people.”

On how the Arkansas offense performed

“I think we outscored them in the paint 40-36. Obviously, in the second half we did not shoot the ball or score the ball or convert the ball as well as we would like.”

“But we did shoot 48 percent from the field against a really, really good defensive team.”

“So if someone told me we were going to be able to shoot 48 percent from the field, you know, we probably would have taken that. It was our defense is where we thought the major issues were.”

On how this team will be remembered

I think that all of us are really proud of the season that we’ve had.”

“We got scorching hot at the right time to end the season. We played with confidence. We were a basketball team that got better every single day.”

“They came to practice and worked every day. Even today at our shoot-around we continued to work on some fundamentals that hopefully can help all of our guys individually, wherever they are.”

Razorbacks fight with all they had. Baylor has a very, very team.
21-6 pts off turnovers- 8/15 3s for BU and stopping Hog runs were key for them.
Hogs finish 25-7 and had a great season. So fun to watch & made state very proud.@FSBank Elite 8 Postgame Report. @OnlyInArk pic.twitter.com/tySsrbLgiA 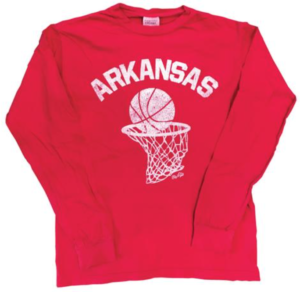