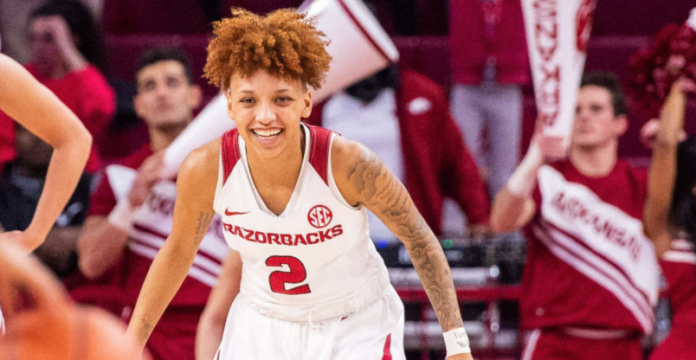 Arkansas basketball has been on a surge this season.

On the men’s side, the Razorbacks have played like a Top 25 team through much of the year so far. Its biggest wins are at Ole Miss, at Georgia Tech and something very few Indiana-bet followers could have predicted — at Indiana.

Both the women and men have lost two of their first five SEC games, but even those losses are quality. And after losing two close ones against powerhouse programs Texas A&M and South Carolina, the women Razorbacks are on a tear.

They proved that on Sunday.

Arkansas’ attack was once again led by senior guard Alexis Tolefree. The Conway native put up a career-best 25 points against Vanderbilt on an ultra-efficient 9-of-14 clip on field goals. Sophomore guard Rokia Doumbia also turned in a career-best performance, tallying her first-career double-double, going for 13 points while also snaring 10 rebounds. Amber Ramirez (18) and Chelsea Dungee (12) joined Doumbia and Tolefree in putting up double digits.

Arkansas broke this one wide open in the second quarter after a tight first quarter. The Hogs’ barrage of three-balls stretched the lead out to as much as 21 in the first half. Arkansas went on an amazing 28-10 run in the second quarters, getting contributions from Tolefree, Dungee, Ramirez and Erynn Barnum.

Arkansas then came out of the halftime break even more focused, outscoring Vanderbilt 39-16 in the third period. This was Arkansas’ third 30+ point quarter of the season. Most impressively, its 39 points in the period was the most in a single quarter this season.