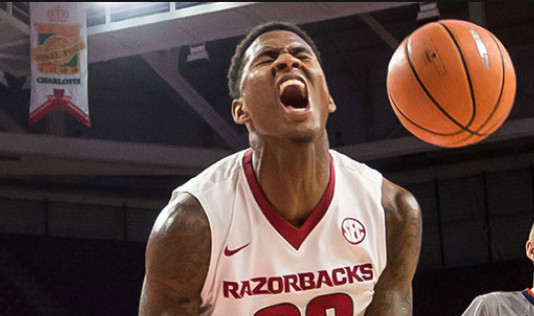 Two Arkansas schools are set to meet on Wednesday night in Bud Walton Arena. Unfortunately for the University of Central Arkansas Bears, the shared state affiliation may be the only similarity between these programs. The No. 10 Arkansas basketball program enters this matchup undefeated in their first 6 games while UCA is off to a slow 1-6 start to the season, although their one win was against the same program that Arkansas defeated in the Sweet 16 last spring. Arkansas outperforms the Bears in every metric outside of free throw percentage and has more experience and depth.

That said, there is a reason these games are still played. Part of the beauty of college basketball is that any team can be taken down on a given night. Head Hog Eric Musselman still sees plenty of room for improvement for the 10th ranked Razorbacks. Immediately following a 16-point victory over the University of Pennsylvania on Sunday, Musselman voiced his concern: “I wish we could practice right now but we can’t.” Look for the Hogs to focus on ball security, defense, and shot selection on Wednesday night in Fayetteville.

When UCA Has the Ball

The Bears offense is led by three guards with roots in Arkansas. Freshman guard Camren Hunter (Bryant, Ark.) is averaging 12 points per game followed closely by former Razorback Darious Hall and Fayetteville native Collin Cooper. Hall played one season at Arkansas, under Mike Anderson, and averaged 5.1 points and 3.1 rebounds a game. The 6’7″ 205 pound forward then transferred to DePaul but had to sit out for a year. Here’s what the senior has done since then:

Hall’s career, no doubt, hasn’t turned out like he imagined, and he will look to make perhaps one last statement on the Bud Walton floor as part of a team where he can play big minutes. Two of the three Arkansan trio will look to show the Razorbacks what they missed out on as they face up against a tough Arkansas defense. From a metrics perspective, the Bears have struggled mightily to start the season. UCA has the 328th most efficient offense in the country and they struggle to score from deep shooting only 25%. The Bears have also struggled to maintain possession turning the ball over on over 22% of their possessions.

The Razorbacks will strive to continue a solid defensive effort this season. The Hogs do a great job of contesting shots without fouling and have rebounded 80.4% of missed shots which is good for 7th in the nation. This really seems like a game where Musselman will open up the rotations so it will be interesting to see how role players Trey Wade, Kamani Johnson, KK Robinson, and Jaxon Robinson defend against a struggling Bears offense.

Arkansas will likely fill it up against an abysmal UCA defense that ranks 341st of out 358 division 1 teams. If the game goes as analytics suggest, we will likely see more players than we have been accustomed to in the first six games. It makes sense to expect big games out of guards JD Notae and Chris Lykes, but it is worth keeping an eye on Jaylin Williams to have a field day against a pair of inferior forwards.

Regardless of rotations, Musselman will expect his squad to improve on shooting from beyond the arc. In what has to be considered a good start to the season for the Hogs they have still struggled from deep shooting only 29.7%. Expect the Arkansas basketball staff to draw up a few plays to free up shooters from deep and build some confidence moving forward. It is possible that we will see some more action from the sharp shooting transfer Jaxon Robinson in what should be a comfortable win.

Arkansas vs UCA: Things To Watch For

Not to beat a dead horse, but looking ahead at the Hogs’ easiest matchup of the year it will be interesting to keep an eye on rotations. As transfer Stanley Umude put it in his post game press conference “We got a deep team and a deep roster.” This was apparent in the Arkansas Red-White exhibition game at the start of season, but many Hog fans would like to see some depth in real regular season matchups. To this point the Hogs only average 24.4% (304th lowest percentage in the country) of minutes coming from the bench, and that is typically coming from one player once Connor Vanover exits the game after the jump ball.

The Hogs again enter a home matchup as heavy favorites. Indeed, this is the first time that Arkansas has hosted a game as the No. 10 team in the nation (ranked by Associated Press) since Feb. 18, 1995, versus Ole Miss. That season, the defending national champion Hogs finished as the national runner ups.

The Hogs returned to top 10 in both the USA Today/Ferris Mowers Coaches poll (No. 10) and the Associated Press poll (No. 10) this week for the first time since last season. The Razorbacks were ranked among the top 10 in both polls at the conclusion of the 2020-21 season before being ranked among the nation’s top 16 in the previous polls this season.

Kenpom predicts a 92-60 victory while Haslametrics agrees with a 90-60 prediction. The Hogs should score at will on offense and if Musselman has his way they will swarm the struggling Bears offense. From an analytics perspective this will be the easiest test to date for the Hogs and it would be foolish to expect anything other than a double digit victory for the Razorbacks in this midweek matchup.

How to Watch Arkansas vs UCA