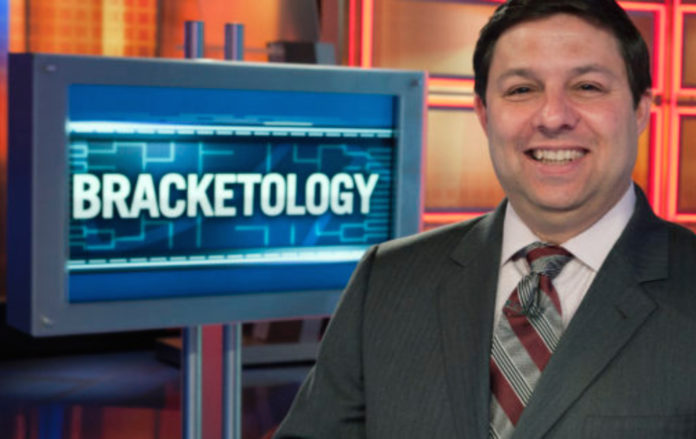 Earlier than expected, Arkansas basketball head coach Eric Musselman made his surprising return to the sideline in the Razorbacks’ 75-59 home victory over South Carolina despite plans to miss at least two games recovering from shoulder surgery. He said on Tuesday night that he decided after “the worst day” he’s ever had when the Hogs beat LSU on the road without him last Saturday, January 15th.

He made the decision to stop the pain medication and make an early return to the bench, saying after the game, “[it feels] like someone’s taken a nail to a certain spot in my shoulder. But it’s okay…It doesn’t feel any better or worse than it did the day Trey [Wade] ran into me.”

An astonishing 18-1 run to open the second half against the Gamecocks proved to be more effective than any medication Musselman might have been prescribed. The double-digit victory earned the Hogs their third consecutive SEC win after dropping their first three conference games, leaving them at 3-3 in conference play. Up next for the Razorbacks is a rematch with the last team to beat the Hogs during their three-game losing streak, the Texas A&M Aggies.

Since the Aggies matched up with Razorbacks on January 8, they’ve rattled off two more wins over Ole Miss (9-8, 1-4) and Missouri (8-9, 2-3) to stay undefeated in conference play. The Aggies now have 15 wins on the season to go along with only two losses.

What to Expect When Texas A&M Has the Ball

Texas A&M’s leading scorer, senior guard Quenton Jackson, burned the Hogs for 16 points on 60% shooting the last time these two teams matched up. He even shot a subpar 25% from 3-point range against Arkansas despite shooting nearly 39% on the season. Jackson’s presence off the bench sparked the Aggies’ comeback earlier in the game after the Hogs jumped out to a 20-9 lead to start the game, and his lone 3-pointer came in the closing seconds of the game to help seal the Aggies’ victory. His ability to score the ball and set up his teammates caused Arkansas problems all night.

An important adjustment Arkansas has made in each of its last two wins has been to task Au’Diese Toney with guarding the opposing team’s best ball handler after halftime. He was very effective in shutting down Eric Gaines of LSU down the stretch of the Razorbacks’ upset victory. Toney then did a good job of slowing down Devin Carter of South Carolina after the freshman guard got off to a hot start against the Hogs. Don’t be surprised to see Toney matched up with Jackson early in the rematch against Texas A&M in an attempt to limit his impact early.

Sophomore forward Henry Coleman (14 points), junior guard Andre Gordon (13), and freshman guard Wade Taylor IV (11) each joined Jackson in scoring double digits against the Hogs back on January 8th, though only Coleman has averaged double-digit scoring on the season. The 6-7 forward also led his team in rebounds with nine – seven of which were offensive – while shooting 83% from the field.

Texas A&M is still the best 3-point shooting team in the conference, shooting 37.4% from behind the arc on the season and 36.4% against SEC teams. They have seven players averaging at least one 3-point attempt per game and shooting at least 34% from distance led by Andre Gordon’s 49% 3-point shooting. Gordon shot 100% (2-2) from distance during A&M’s five-point victory over the Hogs. Defending the perimeter has become a common theme for the Razorbacks this season, and this contest against the Aggies projects to be no different.

In the first matchup between these two teams, senior forward Trey Wade played only four minutes, tallying only one offensive rebound on the night. Since then, Wade has become a full-time starter for the Hogs and arguably their most versatile defender. His combination of strength, quick feet, and shooting touch has allowed him to become a key contributor for the Hogs on both sides of the ball. Expect to see a lot more of him against the Aggies in this rematch.

Arkansas has hit another level offensively since their game against Texas A&M. Even though they ultimately lost the game, the Razorbacks outscored the Aggies 13-7 in the last 3:56 of game time. Since then, Arkansas has outscored its opponents by a total score of 240-167, a 73-point margin of victory across just over three games. Including their 81 points against A&M, the Razorbacks have scored an average of 77 points per game in their last four contests.

The Hogs have been much effective taking the ball to the rim and, because of that, now lead the NCAA in free throws made at 311 while ranking second in free throw attempts with 422.

Jaylin Williams has been vital in the Hogs’ current three-game winning streak. He’s averaging 13.3 points, 10.8 rebounds, 2.0 assists, and 1.8 steals per game while shooting 52% from the field and 90% from the free-throw line during his last three games. For reference, Williams is a career 69% free-throw shooter, and had made only 54% of his free throws this season prior to this three-game stretch. Although he’s only hit one of his five 3-point attempts, it came at the best possible time late in the game against LSU. The 6-10 sophomore has been doing everything for the Hogs during their recent turnaround.

We know JD Notae is very important to the Razorbacks’ offense, but statistic in particular really hammers home the point of his overall significance. During Arkansas’s last two games against South Carolina and Missouri, Notae’s presence has caused a 75-point swing in favor of the Razorbacks; Arkansas is plus-49 when Notae’s on the court and minus-26 when he’s off the court in their last two games:

This not only demonstrates how important Notae is to the Razorbacks’ offense but also how vital his presence has been defensively. Without his leadership and SEC-leading 2.5 steals per game, the Hogs are an entirely different team on the defensive side of the ball.

A major reason for the sudden turning point in the first matchup against Texas A&M was the lineup adjustment that Musselman implemented late in the game against the Aggies. He inserted 6-9 forward Kamani Johnson alongside fellow forwards Jaylin Williams and Au’Diese Toney to create a taller, defensive-minded lineup. The intensity of Johnson, who is a game-time decision ahead of Texas A&M because of a nagging injury, provided an immediate difference on defense and on the offensive glass. Both were factors in the Razorbacks’ late-game comeback attempt.

Similar to Johnson in the game against A&M, Trey Wade then made his presence felt when he started along with other forwards Toney, Johnson, and Williams in their next game against Missouri. Though Johnson was injured early in this game against the Tigers, it was his and Wade’s presence that sparked the Hogs’ newfound intensity on both ends of the court across their current three-game win streak.

In fact, since coach Musselman made a change to the starting five to essentially start four 6-6+ forwards alongside Notae, the Hogs have allowed their opponents to score only 53 points per game compared to nearly 72 points per game allowed through their first 15 games.

The only offensive area of struggle for the Hogs recently has been their perimeter shooting. Case in point came in the win over South Carolina, when an Arkansas basketball team failed to record a single made 3-pointer for the first time since 1989, breaking a streak that spanned 1,092 consecutive games.

Arkansas is essentially a different team on both sides of the ball compared to the first time these two teams played. Jaylin Williams’ aggressive change in mentality combined with Musselman’s “supersized” starting five has turned the Razorbacks’ season around from near-disaster. Arkansas will start a new 3-point streak on Saturday as they attempt to slow down the Aggies’ SEC-best 3-point shooting on the other end. Defense and turnovers will make the difference in this game as the Hogs earn their revenge at home: Razorbacks win 78-65.

Arkansas is currently ranked 55th in the NET Rankings with a 1-3 record against Quad 1 teams and a 2-0 record against Quad 2 teams. Their lone Quad 1 win came over the LSU Tigers on the road. Beating Texas A&M (56th in NET) at home would give the Razorbacks their third Quad 2 win unless the Aggies can fight their way into the Top 30 NET Rankings before the end of the season, which would then qualify the win as Quad 1.

The Hogs are also currently listed as the second team out on ESPN bracketologist’s Joe Lunardi’s “First Four Out” section of his latest bracket directly behind Texas A&M. They just on the cusp of getting into those pearly gates. A win over the Aggies on Saturday could easily propel the Hogs back into Lunardi’s projected tournament field early in the season.

How to Watch Arkansas vs Texas A&M