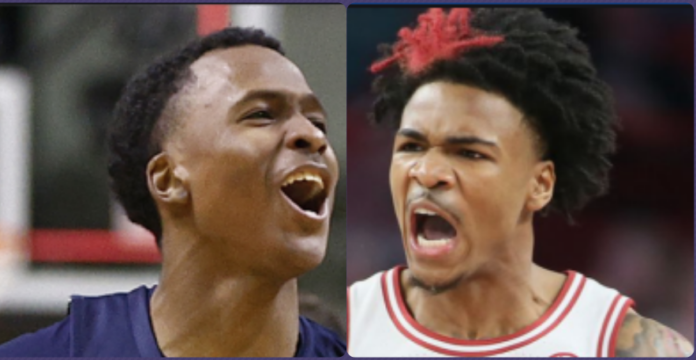 Traditionally, in basketball and football, Arkansas has played the role of the spoiler or underdog.

It’s been that way since the days of the SWC, when the Razorbacks were the only non-Texas team in the conference and the Longhorns were so often the favorite to be toppled in football.

In the SEC, giants like Alabama, Georgia, Florida and LSU in most years play the role of Goliath to Arkansas’ David.

In basketball, until this past week, the days of Arkansas supremacy on a national stage seemed long gone and forgotten to most casual fans around the country.

Now, however, for the first time in a long time, the No. 3 seed Hogs are playing the role of Goliath.

No. 15 seed Oral Roberts is playing the role of David after slaying favorites Ohio State and Florida in the first round. Their feisty coach, Paul Mills, once got close to taking down Kevin Bacon and now he leads a team trying to knock out the Porkers.

The Golden Eagles’ star duo of Kevin Obanor and Max Abmas have led the unlikely run so far, making Oral Roberts only the second 15 seed to make it to the Sweet 16 in the history of March Madness (the first was Florida Gulf Coast University in 2013). Most of the country will be rooting for this tournament’s darling as they face off against Arkansas, which is heavily favored.

To get to this point, the Hogs fended off a talented Colgate team in the first round and followed it up with a scrappy win over Chris Beard’s Texas Tech squad. In the process, they also (somewhat) quieted naysayers like ESPN analyst Jay Bilas and the Idiot King Todd Fuhrman.

The two teams have already played once this season.

On December 20, in Fayetteville, the Razorbacks overcame a 10-point halftime deficit and pulled away in the last two minutes for an 87-76 victory.

Both squads have evolved and changed over the course of the season. In particular, guard Max Abmas has since become the NCAA’s highest scorer, averaging over 24 points per game in the regular season. In this first matchup, the Hogs held Abmas to only 11 points on 1-6 3 point shooting, but you can expect that to change in a rematch in the Sweet 16.

In that first game, Abmas played off the ball most of the time.

Since then, though, Paul Mills has given Abmas the keys to the car.

“The ball is in Max’s hand about 99.99% of the time now,” Mills said on The Rich Eisen Show. “And so from that, I just think with the decision-making, since that course of the game, we’ve become a different team.”

“it’s obviously played out really well for us.”

Let’s look at other areas where these teams have grown since their early-season matchup:

When Oral Roberts Has the Ball

This David packs his slingshot with sharpened stones.

Oral Roberts boasts one of the most potent offenses at the mid-major level. On the outside, it starts with their star sophomores Max Abmas Kevin Obanor.

The perimeter is a weakness for the Razorback defense, ranking 150th in the country in 3-point defense. Expect Abmas and Obanor, who shoot a combined 45% from beyond the arc, to try to take full advantage.

Don’t be surprised to see Eric Musselman adjust his defensive scheme to slow down this threat. This will limit half-court traps that have proven effective in the past for Arkansas but have also given teams open looks from deep when successfully beaten.

Expect Musselman to adjust his pick and roll defense to cut off “pick-and-pop” opportunities as Oral Roberts looks to kick it back outside to their shooters.

In that first game, Williams didn’t even get off the bench.

Davis, meanwhile, attempted only one shot and played nine minutes. He plays a much bigger role on offense and defense now.

In the latter, expect him to be tasked with doing to Max Abmas what he did to Texas Tech’s star guard Mac McClung. In that matchup, Davis was able to effectively shut down McClung by face guarding him the length of the floor.

“Davis is 27 times better now than he was on December 20,” said Hogs radio color commentator Matt Zimmerman on The Razorback Daily podcast.

Fortunately for the Razorbacks, Oral Roberts does not do a good job chasing down offensive rebounds that haunted the Hogs in their previous matchup with Texas Tech. With the help of Jaylin Williams inside, Arkansas should be able to limit second-chance points and contain a respectable offense.

This will likely be the goal, as opposed to the full-court pressure the Hogs put on the less athletic Colgate players. 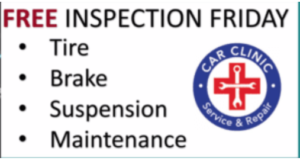 The Arkansas offense will look to continue an above average showing in March Madness where they have averaged over 75 points per game. This number was helped by a fast-paced matchup in the first round but also factored in a matchup with a talented Texas Tech defense.

Justin Smith has played a key role along with freshman guards Devo Davis and Moses Moody.

The Oral Roberts defense is less than impressive in almost all categories but has shown improvement since the tournament started. The Golden Eagles forced a combined 36 turnovers in their first two matchups.

This allowed them to hang with the elite talent of Ohio State and Florida. No doubt, Eric Musselman will be preaching ball control against the swarming Golden Eagles.

In games against teams that rank similarly, such as LSU, Vanderbilt, and Georgia, the Hogs have relied on Moses Moody to get them going offensively while continuing to wear teams out with a fast transition offense.

The Hogs should have a great advantage on the boards and will look to capitalize on second-chance points against a poor rebounding team. For this reason, expect Justin Smith to fill up the stat sheet as he stalks under the rim on early every offensive possession and is an excellent put-back rebounder.

On offense, expect Davis to play a large role. His athleticism in transition screams NBA talent and his midrange jumper is key against zone defenses.

Overall, the Razorbacks should score a ton of points against a weak Golden Eagles defense.

Pundits, fans, and Vegas all agree that Arkansas is the favorite in this rematch. At the same time, this is March. And madness is the order of the day.

You can bet that Eric Musselman is not getting eight hours of sleep as he prepares for the second Sweet 16 appearance of his career.

In what should be a high-scoring matchup, don’t be surprised if Oral Roberts hangs around for the majority of the game. At the end of the day, the Razorbacks should have enough depth and talent to fend off America’s sweetheart and advance to the Elite 8.

For more analysis of this matchup, make sure to check out of the 5:50 mark below:

On Abmas: “Obviously, he’s got long range. He can shoot it. He’s got the runners, the floaters. You know, he’s real tough coming off that pick and roll.”

On Obanor: “He’s a double double machine. He can shoot the three extremely well. He’s high 40s shooting a three point shot, but he can also go inside and post up, get to the free-throw line, and bang with you down low.”

The part where Mayberry is awkwardly asked who he’ll be cheering for is hilarious.

How to watch Oral Roberts vs Arkansas

This piece was co-authored by Jonah Rapert and Evin Demirel.