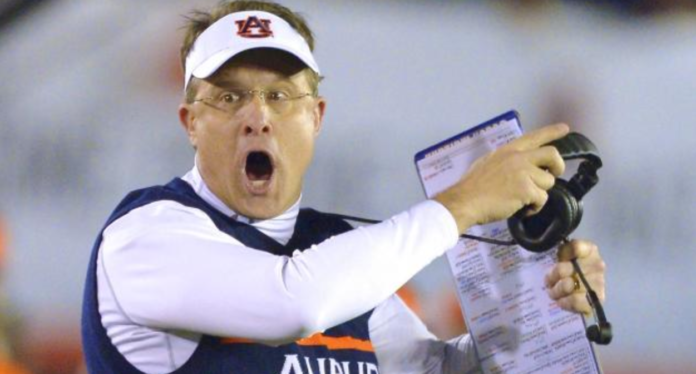 Hunter Yurachek did the reasonable thing.

In November 2019, with the Razorbacks embarking on yet another coaching search, Arkansas’ athletic director was ready to bring some common sense back into an industry seemingly growing out of control.

Firings in the previous 24 months had put Arkansas on tap to pay two former head football coaches a total of $22 million. Whoever the next coach would be, Yurachek wanted to make sure he wouldn’t walk away with the GDP of multiple small nations if he too didn’t deliver on the field.

The logic seemed sensible enough, a counterpunch to the euphoria that sometimes clouds administrators’ judgment when trying to sign a coach with the potential to rake in so many millions of dollars more than what they are paid.

So Yurachek decided to do something about it after finding his man. He and his hire, Sam Pittman, agreed to a new buyout structure in Pittman’s contract that corresponded to Yuracheck’s more fiscally prudent approach.

Pittman inked a contract for $3 million per year until December 31, 2024. His buyout would work in one of two main ways:

It’s that second form of buyout, where coaches amass millions while leaving their programs in a (usually) worse place, that has gotten so many onlookers up in arms as the figures grow bigger every year.

“I don’t think we should pay a full buyout to coaches who aren’t successful at the job we hire them for,” Yurachek said in a press conference after the signing. “We’ve got to stop in this industry these huge buyouts.”

Yurachek’s move looked all the more prescient when the COVID-19 pandemic hit America in March 2020. The virus shut down all team sports for a few months and led to abbreviated football and basketball seasons played in front of smaller, socially distanced crowds.

If there was ever a time to flatten the growth curve of ridiculously outsized buyouts, this was it. For a while, it seemed, tightening the fiscal belt was in fashion again.

Except that’s not how it has played out.

Other SEC athletic directors aren’t following Yurachek’s lead and making on-field performance a factor in their buyout clauses of new contracts when it comes to firings for convenience. Nor are those overall figures declining. In November 2020, South Carolina fired its head coach Will Muschamp after a 2-8 season. The buyout price tag there was $15 million. Then, in early December, the ax fell on Auburn head coach Gus Malzahn, who had finished a 6-4 season and never had a losing season in eight years.

Malzahn, a native Arkansan and former Razorback assistant, gets a total of nearly $21.5 million — the highest buyout in college football history. Which means the highest paid state employee in Alabama is now a fired football coach.

Among SEC programs, Arkansas is No. 2 among agreed upon buyout figures for past coaches since 2007, according to a Saturday Down South breakdown.

The ranking for public SEC schools after Arkansas and Auburn is below. Coaches who voluntarily left for other jobs are not included.

NB: The salaries of Vanderbilt coaches aren’t disclosed since it’s a private university.

The situation is getting so absurd that even coaches who are set to receive some of this “dead money,” as Bill Simmons referred it, are pushing back. Well, at least one is.

Gary Anderson, the former coach at Utah State who was fired after an 0-3 start in 2020, is reportedly refusing the $2.7 million that he’s contractually owed. (Utah State’s new head coach is former A-State coach Blake Anderson.)

So, how did all this craziness begin?

In 2003, Camden, Ark. native Tommy Tuberville was Auburn’s head football coach with a then-astounding $4 million buyout in his contract. In November, coming off three losses in four games, a group of Auburn administrators sought to make a change. So they tried to secretly meet with Bobby Petrino, then Louisville’s head coach.

But that rendezvous was discovered, and news about the school’s behind-the-back tactics and consideration of actually paying the huge buyout motivated coaches and their agents to start asking for higher buyouts from their own schools.

“I can’t imagine not having buyouts in some of these contracts,” Tuberville, now a Republican U.S. Senator from Alabama, told USA Today in 2019. “The big thing you’ve got to remember is it’s not just about one person. It’s about 100-150 people. It’s the assistants and their wives and families. It’s the strength coaches and their wives and families.”

“When the head coach has got that kind of buyout, I think (there’s) security for all the families involved. I think it’s really helped college football.”

This folds into what Jeff Long explained to me in 2014 when he discussed the origin of the buyout clause he put in former Razorback coach Bret Bielema’s contract.

As multi-year contracts prevailed in the late 1980s and 1990s, “the institutions began looking for a commitment from the coach,” said Long, then Arkansas’ athletic director. At first, “it was really a one-way street and now it’s evolved into a two-way street on the contractual buyout terms.”

Administrators also know that college coaches with short-term contracts and lower buyouts struggle more on the recruiting trail. Opposing coaches often cast those shorter terms in a negative light when talking to recruits and their families about the need to go somewhere with stability.

This is one reason coaches sometimes get extensions so relatively early in their contracts.

In Arkansas, Exhibit A is Bret Bielema.

In the aftermath, Long extended the end date in Bielema’s contract from 2018 to 2020 and raised his base salary and buyout should the university fire him. In this case, the guarantor of Bielema’s contract was the Razorback Foundation, the athletic department’s fundraising arm.

In November 2017, Bielema was indeed fired after a disappointing 4-8 season.

Soon afterward, Bielema and the Razorback Foundation agreed to a buyout of about $12 million. The foundation ended up paying more than $4 million through January 2019. In the interim, Bielema took on relatively low-paying jobs working for the New England Patriots. The foundation’s lawyers insist that Bielema failed to live up to his contractual obligation of “best efforts” to land a new job that would offset the buyout amount. Bielema and his lawyers disagree. This case is set for a jury trial on June 1, 2021.

Bielema’s obligation to search for employment and get paid a market-based salary for that job is also in Pittman’s contract. It’s not, however, a universal feature in the industry.

Join the Best of Arkansas Sports list below for the entire feature. You’ll get it in an email immediately after confirmation.

Processing…
Success! You're on the list.
Whoops! There was an error and we couldn't process your subscription. Please reload the page and try again.

And who can resist a good Finebaum firestorm….