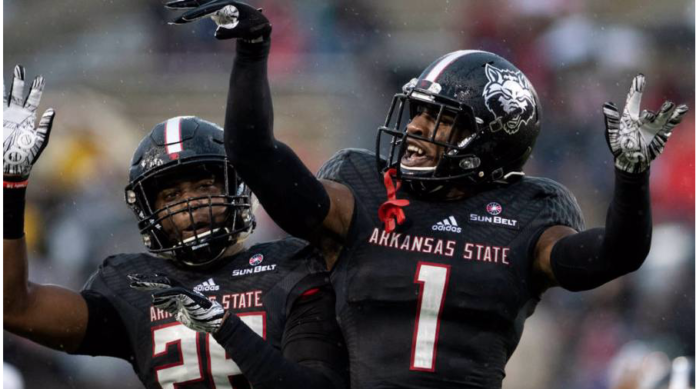 The recruiting wars can spark all kinds of feelings for fans. Outcomes can make us either as excited as a kid in a candy store or lower than a snake’s belly.  W still tend to focus on players coming out of high school who hopefully have an enormous upside.  And that’s fine, because most of the players who are recruited ARE coming out of high school.

Still, there’s more to it now that the NCAA has created a way for college players to basically become free agents through the Transfer Portal.  I’m still not sure how I feel about this.  It doesn’t exactly inspire the idea of loyalty.

According to the NCAA website, “In Division I sports, student athletes may transfer once and play immediately.”  This is true except in football, basketball and a few other sports unless a waiver is given by the NCAA.

Having said that, our opinions on the portal are irrelevant because it’s a reality. You want to attract good players through it. Going against the times here would be the equivalent of wearing a single bar face mask.

We thought we scored with Ben Hicks and Nick Starkel, but it’s not a stretch to say, “we didn’t.”

This year may be different.  We may have truly scored with a couple of players who are transferring to Fayetteville who could make us much stronger.  Time will tell on this, but landing Feleipe Franks can’t be seen as anything but positive.

The difference, we hope, is that Hicks had no SEC experience and Starkel who has a cannon of an arm threw the ball with great velocity to the other team.

Franks has led a team through an SEC schedule with great success.

—He played at Florida, which is not your average team, even for the SEC

—He went 10-3 with them, which is not your average record, especially in the SEC

Like Hicks and Starkel were, Franks is expected to contribute immediately.  We need him because KJ Jefferson is probably not ready to lead a team through an SEC schedule.  He will be ready at some point, but as a redshirt freshman we can’t be sure.

Franks, on the other hand, has proven that he can win in this league.

On the defensive side of the ball, defensive lineman Xavier Kelly will play a big role. But of all the transfer ins on defense, Jerry Jacobs should make the biggest difference in shoring up Arkansas’ secondary — the most consistently weak position for the program over the last decade.

Jacobs is a probable starter in the defensive backfield.  He played for Arkansas State for his first two years and was rated as a 3-star.  At A-State:

We have to wonder why he initially got a scholarship at A-State and not Arkansas, or some other Power 5 conference school, but a little experience at relatively high level makes a difference.  He’s already proven his goods on the road against Georgia, for instance,.

No doubt he made the Red Wolves strong. A lot of Hog fans have questioned whether the Hogs could have taken down the Red Wolves during the two years he was there.

And he took a bit of a verbal beating from A-State fans for transferring to the Hogs.

NOT THE ONLY WINNERS:

Franks is rated by some as the second-best transfers among quarterbacks in the SEC. Of course, it’s important to understand we were not the only SEC winner in the transfer category.  Georgia, Mississippi State and South Carolina could all start transfers at quarterback.

In fact, it looks like the SEC will be littered with starters who played at other schools from Penn State, Virginia Tech and Temple among others.

There are even intra-conference transfers who may start for the teams to which they transferred.

We need help at quarterback and on defense.  Chances are, Franks and Jacobs will provide that. We’ll just have to see how they adjust to new schemes and a different atmosphere in Fayetteville.

Regardless of whether they come through the portal or come out of high school, it’s always a crap shoot.  But, getting players who have major college playing experience is even better than getting someone out of the junior college ranks.  We should be happy to have them. hen the transfer