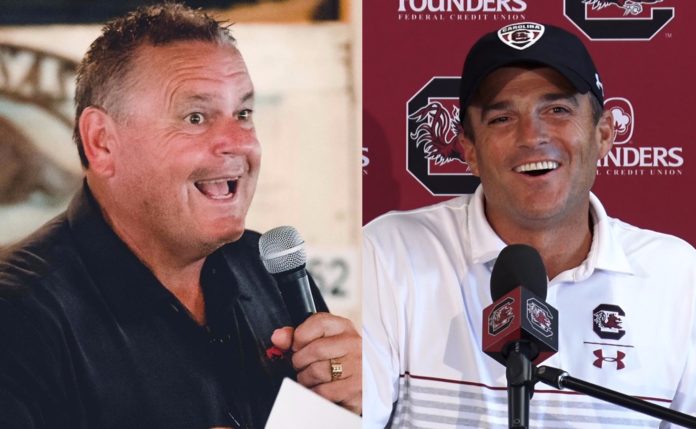 FAYETTEVILLE — Fresh off a top-25 win to open the season, Arkansas football has already turned the page to its next game.

Things don’t get much easier for the Razorbacks, as they begin SEC play Saturday with a home game against Spencer Rattler and South Carolina. The Gamecocks are also 1-0 after beating Georgia State 35-14.

To preview the Arkansas vs South Carolina matchup, Sam Pittman met with the media for about 35 minutes Monday afternoon. The third-year coach touched on several topics, including injury updates, analysis of the Cincinnati win and more. Here are some updates from the press conference…

Arkansas opened up about 15 minutes of Monday’s practice to the media. Here are a few takeaways from that viewing period…

How to Watch Arkansas vs South Carolina

*Rankings from the preseason because AP and Coaches Poll, as well as SP+, won’t update until Tuesday

ESPN FPI: Arkansas has a 73.4% chance to win (up 1.2 percentage points from preseason projection)