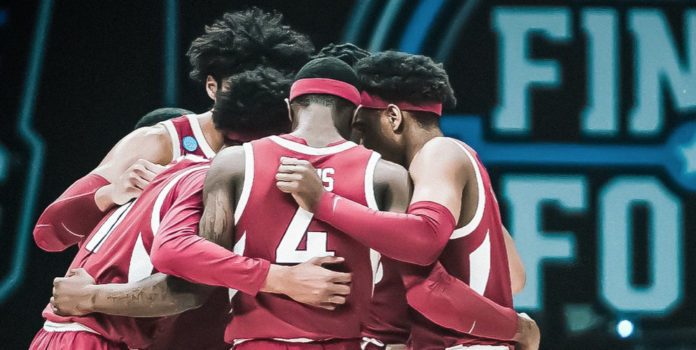 When comparing the Arkansas basketball team’s unexpected run to the NCAA Tournament Elite 8, the 1995-96 team naturally comes to mind.

After all, that was the last time the Hogs actually had some measure of success in the big tournament, making a Sweet 16 run with junior big man Darnell Robinson, a contributor on the 1994 National Championship team, leading the way along with freshmen guards Pat Bradley and Kareem Reid.

But it’s another more famous team that this season made me remember: the 1989-90 team that advanced to the Final Four.

It featured the backcourt of Todd Day, the Hogs’ all-time leading scorer, and Lee Mayberry. “May Day” may be the best backcourt in Arkansas basketball history. Big man Oliver Miller would later join those guards as first round NBA Draft picks. Forward Lenzie Howell was also a double-figure scorer for Coach Nolan Richardson that season.

While the Hogs didn’t reach the National Championship game after falling to Duke in the Final Four, they did notch the program’s first Final Four appearance since 1978 when Eddie Sutton guided the Hogs.

It officially began a period of dominance for Richardson’s Hogs, which included a National Championship in 1994 and a runner-up finish in 1995.

This year’s Arkansas basketball team could be remembered much the same way as the 1990 team was – the beginning of something bigger.

The remarkable thing is Coach Eric Musselman is only in his second year. Richardson built the program for five years before busting out.

The other notable mark of this team is the inexperience. By the end of the season, Musselman started three freshmen – all from Arkansas. All-SEC guard Moses Moody led the way along with guard Davonte Davis and big man Jaylin Williams. Musselman blended that talented trio with graduate transfers Justin Smith and Jalen Tate and J.D. Notae, who sat out last season after transferring.

Musselman won’t receive the National Coach of the Year Award, but he deserves it. Arkansas was predicted to finish No. 6 in the preseason poll. After taking its lumps to Alabama and LSU, respectively, in January without Smith in the lineup, Arkansas won 12 SEC games in a row.

The Elite 8 run will be remembered for three double-digit comebacks and how Hog fans held their breath as an Oral Roberts three-pointer at the buzzer rimmed out as time expired in the Sweet 16 game.

As fans remember Mayberry, Day and Miller they will recount how Moody, even as a freshman, took ownership of this team. Projected as high as No. 8 in the 2021 NBA Draft, it seems unlikely he will return for his sophomore year. That would make him the first one-and-done player in Hogs history. Whether he leaves or not, fans will recall how he burst on the scene despite his shooting struggles in the last couple of games.

Davis could have many more highlights in his Hogs career but no one will forget his short go-ahead jumper in the waning seconds of the Oral Roberts win.

Fellow freshman Williams matured down the stretch and anchored the post. His best days are yet to come.

Smith, the Indiana transfer, became the Hogs’ best rebounder and an athletic force in the paint. It was easy to see that the younger players leaned on his experience.

Tate, meanwhile, might have been one of the better stories in the country this season. Musselman plucked the 6-foot-6 point guard out of the transfer portal from mid-major Northern Kentucky. His 22 points along with his six assists and four rebounds in the Oral Roberts game was the main reason Arkansas won that game.

All of those players will be remembered decades from now for putting together an improbable Tournament run that ended a 25-year Sweet 16 drought.

“This team will never be forgotten, man,” Tate said. “This group has done a lot for this program and the culture of this program. I think year two with this coaching staff, man, it puts you on a jump start in the right direction.

“It sets the standard for every single year – the work that we put in and the work that the players coming in will have to put in, and just the expectations of the returners every year – you’ll want to get back to this point and back to these experiences.”

What has Hogs fans excited is what this run will lead to. If Musselman can lead this group of players to an Elite Eight, what can he do when he’s been here five years?

It took Sutton four years at Arkansas to reach the Final Four and Richardson five. At this point, it seems like a safe bet Musselman will have the Hogs there around that same time.

When they do get there and Arkansas basketball is a perpetual Top 10 program again, we will point to this pandemic year as the one that ignited the run.