Below are quote excerpts from my Democrat-Gazette article about Anton Beard’s return to the basketball team December 19 at Verizon Arena. I spoke with his father Floyd Beard about many things, including how he chafes at critics who think Anton is guilty and/or a troublemaker because he’s just a “black kid from the hood.” He explains Anton had stayed out of trouble throughout junior high and high school and maintains a nearly 3.0 GPA in college. Plus, he comes from a stable family, Floyd insists.

Floyd: [Anton’s mom] works a job.  I work two jobs. I work a job. So, we’re not wanting for anything. It was like he said. He said he didn’t know. I could only take that to heart, but you know, it is what it is; and we’re not in no kind of way where he feels like he would have had to do that.

I don’t drink. I don’t smoke cigarettes. I don’t smoke weed. I don’t do any of that. I’m a regular working guy that just loves basketball, his mom either, none of that. For the record, we want people to know that one of the deciding factors in them modifying his suspension was he’s got a 2.95 GPA.

…This is a kid they want to, you know, to stereotype when playing against him – a black kid from the hood so to say he’s got a good GPA — that goes a long way, you know?

Q: Did you see any red flags last summer? What kind of guys was he running around with, at least in central Arkansas when you’re with him.

Floyd: Well, no red flags. The thing of it is, where are you today when you come to a point where you’ve used up your high school basketball career or football, baseball, basketball?…  People are going to try anything, you know, because they don’t have a destiny.

… You are on TV. Sometimes people get jealous of that; and that doesn’t mean a jealous where they want to hurt you, but a jealous to where they’ll put you in positions that will hurt you because maybe they didn’t get the opportunity. But, that particular kid, friend, whatever — they don’t have a shirt on saying ‘I’m doing this to hurt you.’ You see what I’m saying?

It’s hard to identify. So, I don’t think nobody directly meant to try to hurt him; but I think that if you have a true friend and they feel you’re in a good position that they should put you out of harm’s way.

I think that some of the friends are just at the crossroad in their life. Are you going to become a young man or are you going to take the other road? The high road or the low road… I just think that our youth today when they run out of positive things to do, they’re going to try negative things. It’s just the way the world is.

Q: As you pointed out, they don’t wear T-shirts saying “I’m up to no good.” Going forward how does distinguish people like this, or how do you help him tell?

Floyd: I talked to him yesterday [saying] that you have to start being accountable for yourself too. Now, you know as a man you have to realize that ‘I have to take care of me first. It’s not about my friends first.’ When you were younger you were taught when you walk to school, you walk with your friends. When you play basketball, you play with your friends. Now it’s about me taking care of me. Then, later on, if I can come back and help a friend, I will.

I’m hoping that this situation, which I think did scare the crap out of him, that it makes him realize it’s about taking care of you first, and not even about taking care of mom and dad no more. You’ve got to take care of you, because your name is all you have. Your image, your name, all that is what’s going to either make you or break you. So I think that’s what he learned about it. I can be friend with you, but I’ve got to take care of me. So, even though I don’t know that you’re up to, I’m going to have to still be in my lane. I’m going to have to stay in my lane regardless — where I can control my environment.

Q: Explain more about how the situation scared the crap out of him.

Floyd: Well, just being in jail. You know, he didn’t grow up around parents that’s been in and out of jail. I ain’t been to jail, you know what I’m saying? His mother ain’t been to jail, so to have to spend the night in jail [after being on] the first-team All-SEC freshman and all that — all this stuff was right there on the ledge for him to fall over. It was ready to be gone, you know, and by prayer and belief and praise the Lord and he stuck to that and, you know, just prayed a lot he realized how easy you can be ‘that guy’. That’s what I think hurt him. I think that scared him most, but I think he saw what daddy tried to teach him. You riding high, right now, but one bad mistake, it could be gone…

There’s a lot of pressure on him, our families, because he’s that one kid that didn’t get in trouble, that had all the basketball accolades. He had to carry two sides, my side and his momma’s side. And he was a little kid.

Some people don’t understand the pressure that it is for a kid when you become an elite athlete, a nationally elite athlete, not just locally, because there’s always a neighborhood good player, but you talking about a national name. Now you’re on national TV, so you got millions, thousands and thousands of people and family members that you never knew…. People don’t realize it that’s never been involved in it, that’s never been on that level…

The one thing that I admire most about him, during this all, is … even when they were talking about locking him up, what could happen to him, he never changed his story about not knowing. The other thing is, there was no doubt in his mind that he did not want to run from it. You feel me?

Q: I definitely want to ask you about the drug court to which Anton has been assigned. Has Anton ever had a drug problem?

Floyd: No, not to my knowledge.

Q: Okay — or any kind of substance abuse problem, at all?

You know, the legal part of that, I don’t want to answers questions to twist nothing up with that part, so I don’t know; but as far as a drug problem, not to my knowledge. No sir.

Q: What do you expect from Anton when he takes the court against Mercer?

Floyd: I think he might cry. I talked to him yesterday, and I was asking him, “Are you going to be crying?” He was like “no.”…  I think he realizes how blessed he is, I really do. I’m not saying that because he’s my kid. You can go 19 years, and you haven’t been in trouble on a major level or nothing like that, and then this pop up on him. You can only hope and pray that it wakes you up, you know what I’m saying? You don’t want him to be 50 years old and committing your first crime and then you get 10 years, now you’re 60 when you get out. If you’ve got to get the trouble out the way, get it out the way young… I know his mother going to be crying. It’ll be alright. I’m really excited about it. 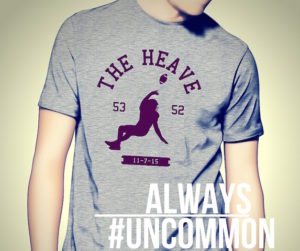 Q: During the rest of the season, what do you expect from Anton and the Razorbacks as a whole?

Floyd: I expect him to show the world that he is a leader, a winner, which he’s always been, and bring our totals up by like in stretches when we go five minutes when we haven’t scored. We shouldn’t have those with him in there. The game against Wake Forest, the game against Stanford, the game against Georgia Tech, I feel like if he’s in the lineup then we have an opportunity to win those games. One quality that he has is that he makes everyone around him better.

I love all the people that we have up there, but I think that one thing that they don’t represent is that scoring threat in the paint… We don’t have a guard that demands that kind of attention when he penetrates. So with that it makes your bigs better, it makes your outside shooters better.  I think he brings that and that toughness — you’re either going to have to call a foul or I’m going to take his charge, just whatever we need. I think that he brings that mental toughness that we missed…. He brings us basketball IQ, he brings us assists – Jabril [Durham] is doing a great job distributing the ball, he really is, but in my pinion as coach Jabril needs to score more. He needs to every night give us 10 or 12 points. If was Jabril gives us 10 or 12 points every night even with ‘Ton not being there I still think we win those other games.

I don’t care how he get them but they can’t all be off jump shots. I think that [Anton] will make us different. I think once he gets all of the nerves out, and there’s going to be nerves — we talked about going on the road and everything. I told him that these folks are going to be throwing this fake money out there. They’re going to have signs saying stuff, just laugh it off. I think he’s alright with that. In the arena I think — you tell him I said it — I think he gonna cry. I really do, I think he going to shed a tear or two, man. I really do.

“Q”: I mean that’s a good thing, you don’t want a robot out there. That’s not anybody who plays with passion…

The above has been lightly edited and condensed for clarity.

Make sure to sign up for my newsletter below and get updates of future posts like this.  As a bonus, you will get insight from Johnny Rice, Anton Beard’s high school coach, discussing Beard, his responsibilities as a Razorback, how Malik Monk compares to KeVaughn Allen and the chances Monk has at becoming the best prep basketball player in state history.